Honda Motorcycles and Scooters India has introduced an improved form of its commuter motorcycle, Dream Neo in the country’s product lineup. Priced at Rs 50,087 (ex-showroom, Delhi), the 2017 Dream Neo has obtained the compulsory update of BS-IV compliant engine along with an usual feature of Automatic Headlamp On (AHO) that is being offered in almost all the newly launched or revived two-wheelers in India. Whereas, the Japanese auto major is also putting forward the higher-spec model of the same with a chrome luggage rack at the rear end, which will be available to buy at Rs 50,379 (ex-showroom, Delhi).

Apart from these earlier mentioned important updates, the New Dream Neo also gained a facial makeover to look more appealing than the last model. The changes which will you notice in a look from head to toe includes new paint job along with flamboyant sticker work, a long and well padded seat, improved rear suspension with three step preload adjustability, and a chrome plated exhaust muffler. 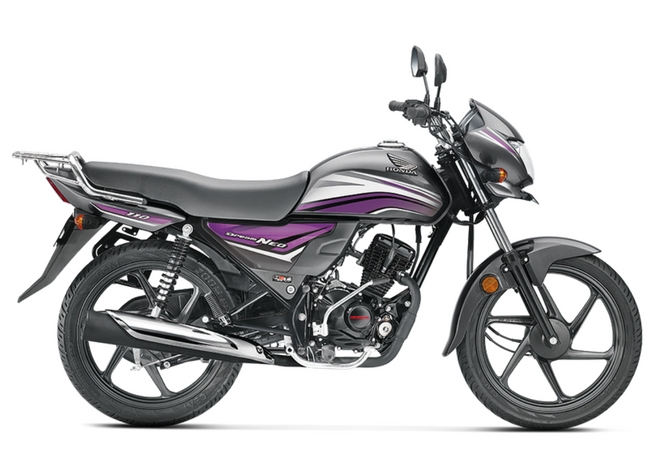 If the powertrain is being considered, the reworked Dream Neo will get the propelling power from the identical 109cc single-cylinder engine assembly of the previous model. The underpinned mill is responsible to spit out 8.3bhp of power and 9Nm of torque from a mated five speed gearbox transmission. Moreover, the motorcycle will run on tubeless tyres at both end and being stopped by armed drum brakes.

In this commuter segment, the competition for 2017 Honda Dream Neo is really tough as number of members is already available in the market, comprising Hero Passion XPro, TVS Victor, and the Yamaha Saluto RX. But, this Honda’s warrior will also try its level best to allure a big group of audience with its features and astonishing colour range consists of black/blue, grey/purple and red paint schemes.