A set of images of the upcoming Honda Jazz facelift has been surfaced online recently prior to its official unveil, thanks to Twitter user @Ren_games_ and CarDrive. The leaked images are claimed to be sourced from a Japanese brochure. The new Jazz, known as Fit in the Japanese market, is reported for officially released in June this year. 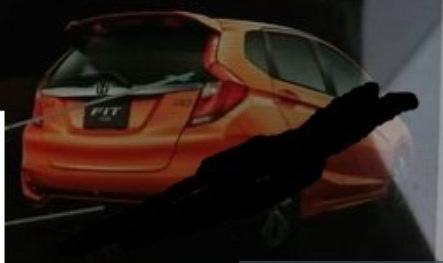 Leveraging the leaked images, the facelift update sees a number aesthetic changes throughout the exterior profile, as the only outfit of the car is visible from the images. Starting with the front of the car, the new Jazz receives a revised fascia with added chrome above the company badge, more sharp headlamps with LED inserts (possibly) underlined by chrome. At the rear, the facelift Jazz is more or less unchanged with the new bumper apron that boasts of chrome bordered at the bottom.

The images, however, not clear but reflects that new Jazz gets a more aggressive and muscular body-kit to give the car a pointier front end. Other body-kit details include larger fog lamp enclosures, side skirts and a rear spoiler.

As we told earlier, the leaked images only revealed exterior details, we have no clue of interiors. Although, the bunch of body updates hint that subtle changes will be made inside the cabin as well. 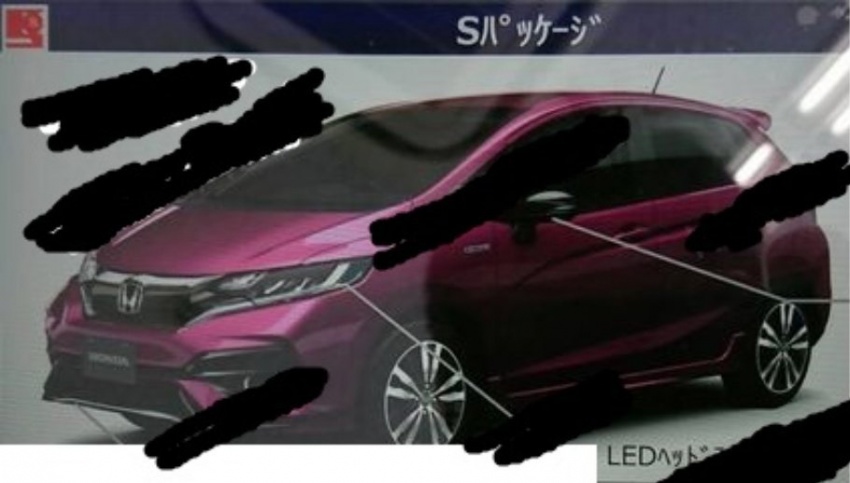 Under the hood, the facelift Jazz is likely to continue to draw power from the familiar 1.5-litre and 1.3-litre i-VTEC petrol motors. In addition to this, there will an option of hybrid powertrain that includes a 1.5-litre i-VTEC Atkinson-cycle motor, a lithium-ion battery along with an electric motor and a 7-speed dual-clutch transmission.