As today, the manufacturers are completely focused to erect something new and extravagant to improve safety features for the rider and the co-rider on to the four wheels or on the bikes. First placed in four wheelers, the Anti-Lock Braking System has also been turned out to a blessing for the bikers. And Obviously, it’s become really important to invent, the more secure technologies for the next generation which boasts high performance bikes with really big and powerful engines. Till now, we have seen ABS, traction control, ride by wire, slipper assist clutch, etc. for safety matters. Now the Japanese outfit, Honda is ready to bring a new technology dubbed as Blind Spot Monitor System for which the bike maker had already filed a patent for this revolutionary warning system. 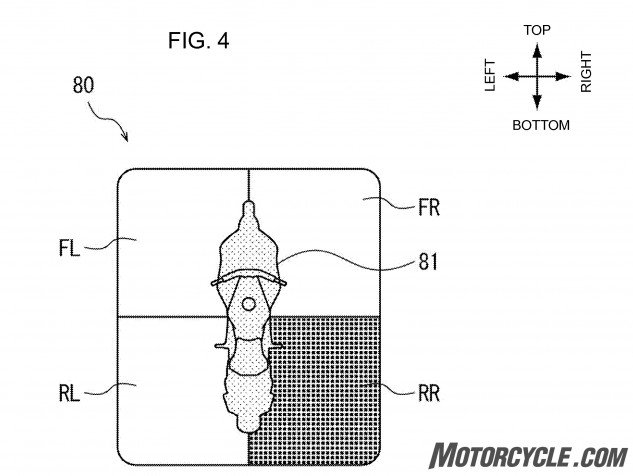 The blind spot monitor system is focused to notify the rider from the coming obstacles in the blind spot. Let’s tell you, How it works? Basically, the system uses a combination of sensors, cameras and a millimeter wave radar, which notifies the rider by the visual and haptic signals so that the rider be aware of what’s happening around him. The sensors continuously scan 360-degree around the motorcycle and detects the approaching vehicles, pedestrian or any obstacles nearer to the motorcycle. And whenever, the rider uses the turn indicator to switch lanes and if any vehicle is coming in the same direction, activated sensors apply resistance to the turn indicator switch to not to switch the lane. 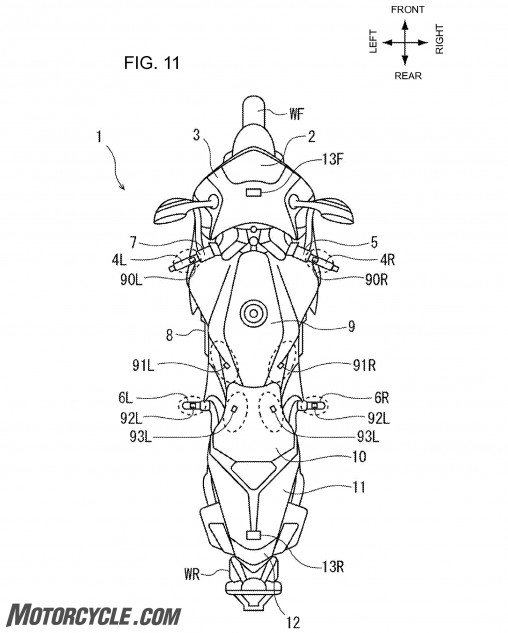 The system would be so efficacious on the flowing highways or on the heavy urban traffic. The visual feedback will be produced via a warning indicator on the instrument cluster while, haptic signals will be felt in the form of vibrations on to the handlebar grips, footpegs, Knee recess and seats. However, Honda uses VFR1200F as a patent schematic but the technology can also be implanted on to the other models too. The timeline for the market product not unveil by the Japanese automaker, so we have to wait to experience this blind spot monitor system.