Honda lately revived one of its most renowned motocross bikes, the CRF450R for 2017 model year. The most important modification will be the initiation of an electric starter on the motorcycle, which will make it easier for riders to start engine again, in case it shut down while on a trail or in a motocross competition. The other modifications are that it is equipped with a lightweight lithium-ion battery to power the electric starter. Honda claims that the Showa suspension units at the front and at the rear have been revived for 2017 as well. The front suspension has 12 inches travel distance while the rear suspension has 12.3 inches of distance travel. There are a number of component changes to the same to enhance the suspension feel and better feedback overall.

The race-ready CRF450RX variant also receives the similar updates and one can also choose to bike without the kick-starter which further reduces the weight by 600 grams on the bike. 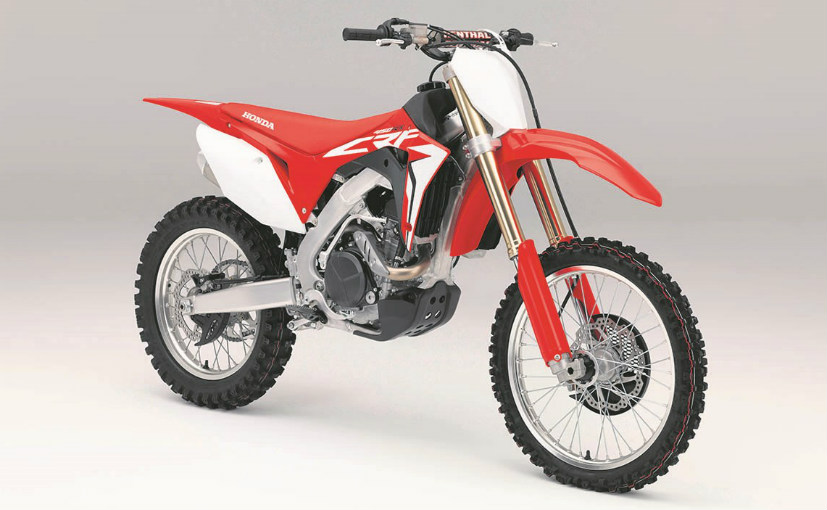 The engine control unit (ECU) on the 2018 CRF450R model also gets an update to offer a wider band of power to rider to play with. The features which will remain similar to the previous model are a titanium fuel tank, 260 mm front brake, 240 mm rear brake and the Showa suspension.

On powering front, the CRF450R is equipped with a 449 cc single-cylinder, 4-stroke, liquid-cooled motor. The power and torque details of the motocross bikes have not been revealed by the Japanese giant. The Honda CRF450R is one of the most successful motocross bikes around the globe.