Hyosung GT650R and GT300R, were showcased at the 2015 EICMA show that was held in Milan, are the most affordable motorcycles from the company stable. As we reported earlier, both the motorcycles are making their way towards the country via a CKD route. The machines will be launched in the country in the mid of 2016. The all-new GT300R and updated GT650R are packed with a bunch of promising components. 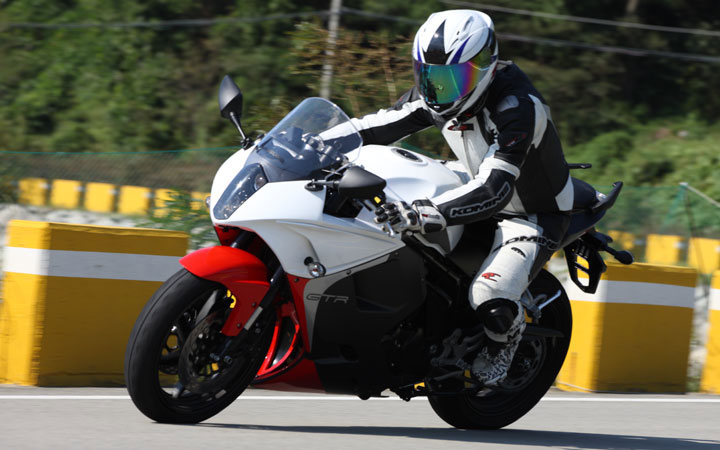 In an interview with the BikeAdvice, Mr. Shirish Kulkarni, Chairman of DSK MotoWheels. Mr. Kulkarni said that “The GTs should come in May June-ish roughly… They are good looking. At EICMA they (Hyosung) put up all of them. They have four new products coming in and all four of them were at EICMA. But they (GTs) are still not production ready, they are still at least six months away.”

The GT300R is set to fire the current GT250R from the company’s lineup. The quarter-liter motorcycle houses a 275cc V-twin, liquid-cooled, four stroke motor that is said to be produced 28 PS of power and 23 Nm of torque, the motor is coupled with a five speed transmission. The motorcycle features a front and rear brake, while dual channel Anti-lock Braking System (ABS) is standard in the motorcycle.

On the other hand, the updated quarter-liter, GT650R, boasts a 647 cc 90 degree V-twin motor. The motor has been programmed with fuel injection system to produce 74.4 PS of power and 54.4 Nm of torque. All the power sent to the tarmac via six speed transmission.

The prices and other details are yet to be revealed till then stay tune with us to get more information about the upcoming motorcycles.