Leaving behind all the anticipations from the upcoming Chengdu Motor Show, the South Korean automobile manufacturer Hyundai has revealed the next generation Verna in China. The carmaker has also displayed the new sedan as a concept version at the earlier concluded 2016 Beijing Motor Show. With information available, the sale of this car will commence in China later this year by replacing the ongoing version, however, the India-spec model will make its way sometime in mid next year.

You may also read: Hyundai Unveils Grand i10 Facelift Ahead Of Official Debut In Paris

Following the details, the latest-gen Verna sedan is based on the Hyundai’s 2.0 Fluidic Sculpture architecture philosophy, which is also used to perform its duty in the Elantra, but sadly ditched by its 2016 version launched recently in the Indian car segment. In terms of design, it is more or less identical to the Beijing concept, albeit, the cluster comes attached with projector lights and DRLs. 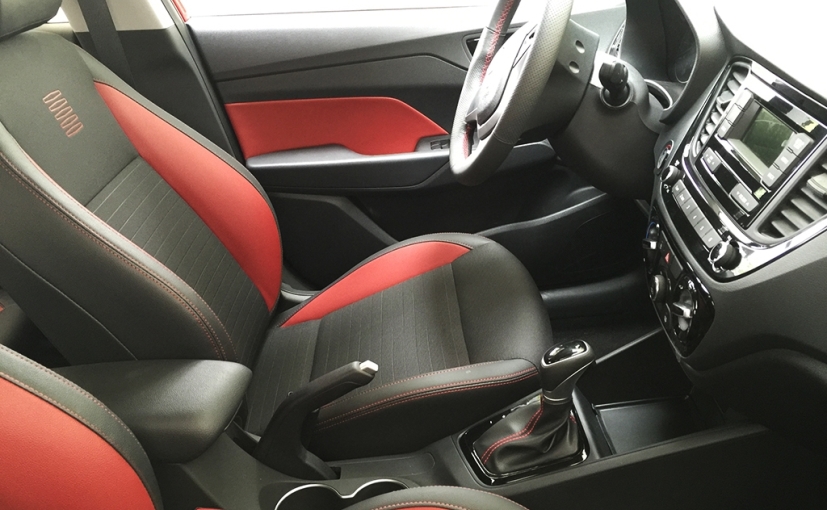 The carmaker has also improved some parameters in terms of the dimensions, which measures 5 mm longer in length, 15 mm lesser in height and 28 mm broader in width as compared to the earlier one. Now the car stands at 4380 mm, 1460 mm and 1728 mm respectively. Besides, it has also come up with around a 30 mm longer wheelbase and measures 2600 mm.

You may also like: Hyundai Elite i20 Automatic Variant Leaked via Brochure

Talking about the cosmetic features, it has got swept back projector headlamps along with LED daytime running lights, large hexagonal grille, revamped front bumper, etc at the front, while the rear end flaunts boot-lid spoiler, LED tail lights, and also a reshaped rear bumper. Most of the changes will be seen inside the cabin that is inspired from the latest 2016 Elantra including a large touchscreen display that might also get featured with other supportive applications. 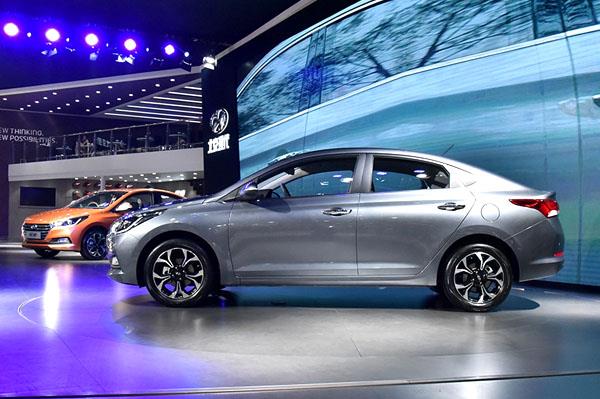 Hyundai Santro Anniversary Edition All Set to Launch Soon Ahead of Diwali
Views: 4951