A few weeks ago Nissan was teased and on 19 October 2018, it took the wraps off of the India-bound Kicks SUV. Only exterior have been revealed till now and Nissan will share more on interior and other aspects later. It is difficult to spot the difference but we will tell the exact differences.

The India-bound Kicks keeps almost all the same sign design-wise that are present on the international model that was droven last month. India-bound Kicks has redesigned the aluminium skid plate and front bumper with faux air inlets above the fog lights, which adds a dash of toughness to the Kicks’ appearance. India-bound Kicks provides LED headlights (with boomerang-shaped LED daytime running lights, similar to the ones seen on larger SUVs like the X-Trail and Murano) and a new honeycomb mesh design for the grille, flanked by a more angular ‘V-motion’ chrome band. 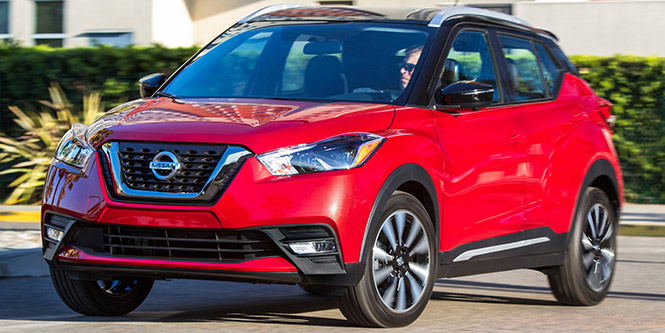 Read Also - All new Hatchbacks on Offer during This Festive Season

The India-bound Kicks keeps the international model's muscular wheel arches, blacked-out pillars, strong shoulder line and the ‘floating roof', which is finished in eye-catching orange and features more prominent roof rails. It rides on smart-looking 17-inch alloy wheels, and at the back, it’s almost same as the international model save for the chrome applique on top of the registration plate housing and a mildly reworked rear bumper. The fuel tank lid will be onthe right side on the India-spec model due to the different platform that underpins it.

Size-wise, the India-spec Kicks is bigger than the international model. It measures in at 4,384mm, 89mm longer than the model sold abroad, and is wider (1,813mm) and taller (1,656mm), with a longer wheelbase (2,673mm). It's based on an updated version of the Alliance's M0 platform (and not on Nissan's V platform), which also underpins the Renault Captur. Interestingly, while the Kicks is longer and taller than the Captur, it has the exact same wheelbase. Ground clearance on the India-spec Kicks is rated at 210mm.

Interior is not yet revealed, but it is said that the India-bound Kicks will have more space on the inside as it is larger in size due to which it will have more boot space than the international Kicks’ 432 litres. Same as international model’s, it will have five-seat cabin’s design. There will be refreshing cabin- and more maximum effect, the interior color of Nissan will be adventurous. A 7.0-inch ‘floating’ touchscreen infotainment system with Apple CarPlay and Android Auto will be part of the package, as will automatic climate control and several other goodies. 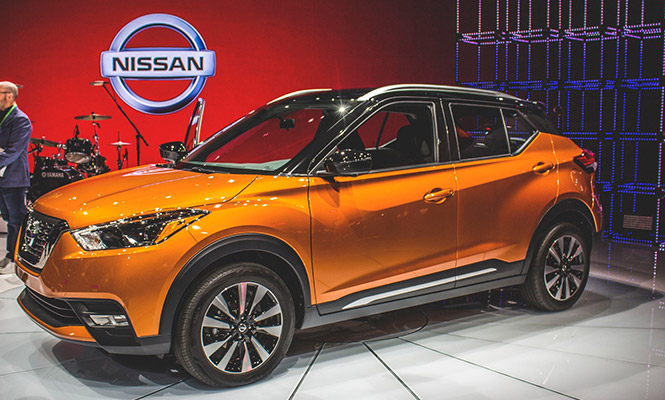 India-bound Kicks will have the same engine and gearbox options as the Nissan Terrano, Renault Duster and Captur: the tried-and-tested 110hp, 1.5-litre diesel motor, and a 106hp, 1.5-litre petrol engine. Gearbox options could include a 6-speed manual for the diesel and a 5-speed manual for the petrol. A CVT gearbox on the petrol and an automatic transmission on the diesel engine will be offered with the Kicks, though some time after it has launched.

As it will be positioned above the Terrano in Nissan's line-up, expected prices for the Kicks SUV to range from Rs 9.4 lakh to 15 lakh (ex-showroom) when it will be launched in January 2019. The Nissan Kicks is set to take on the Hyundai Creta.

Nissan Kicks Production Expected to Start from May 2018
Views: 4530