India Gets Its First Lamborghini Urus In Mumbai

One of the most popular SUVs of 2018, Lamborghini Urus, finally gets its first customer in India. The first ever Lamborghini Urus in India has been delivered in Mumbai. The Italian SUV, which was globally introduced last year, made its India debut in the start of 2018.

India’s first customer-owned Urus, which was recently spotted in Mumbai, features Rosso Anteros (red) color finish, along with a customized style package containing gloss black exterior trims, red brake callipers and the quad tailpipes with a bright chrome finish. The car gets 22-inch Nath wheels with diamond-finish and 21- and 23-inch wheels as options. 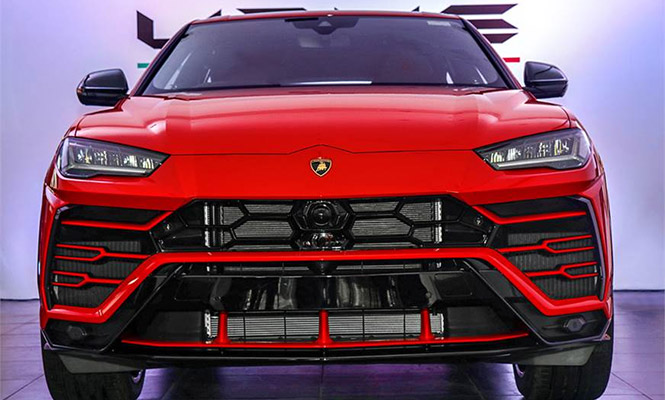 As for the interiors, the India variant of Urus features black leather seats with Q-Citura pattern red contrast stitching, a 360-degree full-view camera, a panoramic sunroof, a custom 3D surround sound system and, ambient lighting. Apart from that, the SUV has been equipped with the ANIMA drive modes, which include Sabbia (sand), Neve (snow), Ego (fully customisable) and Terra (gravel) modes, in addition to the standard Strada, Corsa and Sport modes. 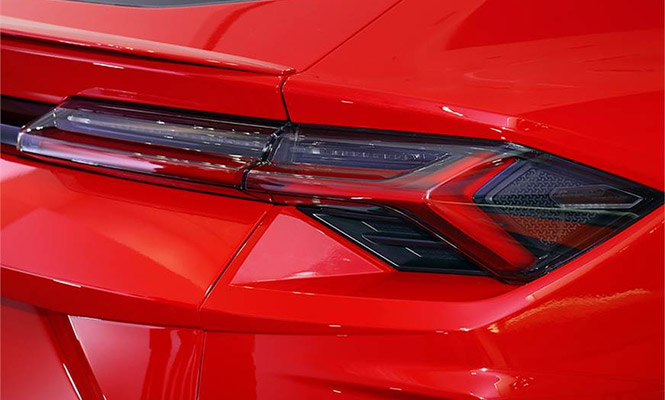 As for the engine, the Indian Urus gets the same 4.0-litre, twin-turbo V8 engine with 650hp power and 850Nm of peak torque as the global version. The engine has been attached with an 8-speed automatic transmission which sends power to the wheels in 40 (front) - 60 (rear) ratio. 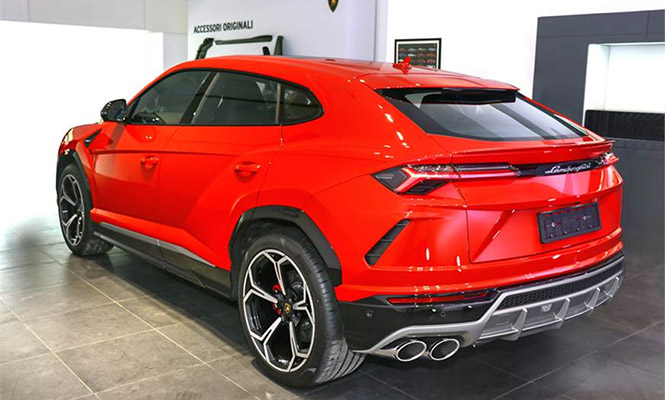 The Urus has been designed on the MLB Evo platform that empowers other top VW cars including the likes of the Porsche Cayenne and Bentley Bentayga.

Lamborghini Urus Launched In Country With A Price Tag Of Rs. 3 Crore
Views: 1705