In the luxury touring motorcycle segment, Indian biking industry has the availability of most expensive bikes from America based two different yet popular automakers. The Indian Motorcycles and the Harley Davidson which are offering their flagships such as the Indian Roadmaster Elite and Harley Davidson CVO Limited respectively. Here we are going to find the champion of the battle on the mentioned below aspects:

The Indian Roadmaster Elite is a special edition of the standard Roadmaster and shares its underpinnings. Painted in a distinct dual tone blue and black paint scheme, the limited edition features flowing lines all over its body. Furthermore, the presence of a 23K gold leaf badge on the fuel tank offers exclusivity to the motorcycle.

While the opponent Harley Davidson CVO that is a mass production model features edgier styling. There are a host of features which are common fitments in both the bikes including chrome work and the batwing-fairing that incorporates headlamp unit with auxiliary lights on either side and an electronically adjusted visor. All the equipped lights are LED in nature. In terms of turn indicators, the Roadmaster boasts in the fairing while the CVO has conventionally mounted units.

Both the bikes supply enough space for carrying luggage and belongs from the panniers and a top-box as standard fitment. The storage capacity of the Roadmaster Elite is 140-litre that is slightly much than the CVO that can store only 132-litres. 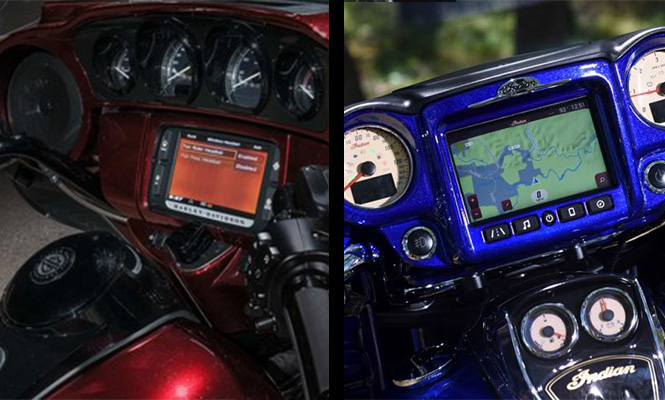 The rider’s aids that are being offered on the Roadmaster Elite are similar to the standard Roadmaster. It features advanced safety of ABS along with the keyless ignition, remote central locking for luggage cases, tyre-pressure sensors and adjustable floorboards. Moreover, the rider and pillion will also be benefited with the heated leather seat handgrips which offer the 10 individual settings adjustment.

The list of additional features as compared to the standard Roadmaster model include a seven-inch touchscreen display along with the Ride Command infotainment system, navigation system and 300-watt audio system. Other features encompass passenger armrests, billet aluminium passenger and rider floorboards and pinnacle mirrors.

On the other side, the Harley-Davidson CVO Limited gets a cruise control system, ABS, a 6.5-inch display infotainment system with a 75watt audio system, a security system and a dual-climate heated hand grips. Furthermore, the company also provide a high tech communication facility from the two wireless headsets to establish communication with the pillion or fellow riders.

Mechanically, the Roadmaster Elite is powered by the similar 1811cc ‘Thunder-Stroke’ V-twin engine of the standard bike. This engine is capable of producing the peak torque of 150Nm and is mated to the six-speed gearbox via a belt-drive. The bike weighs 433kgs and offers the fuel tank capacity of 20.8-litre. 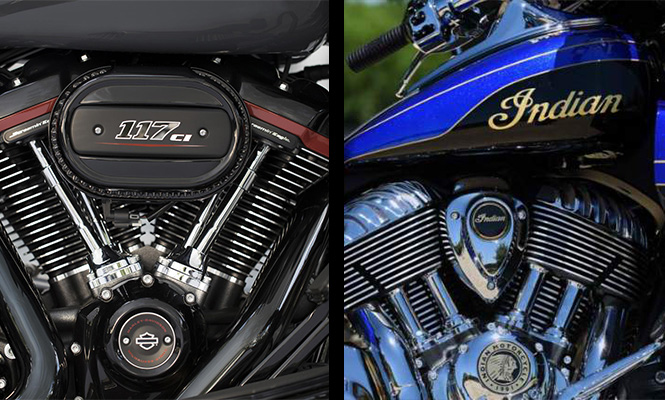 While, the Harley Davidson’s flagship in the segment, the CVO Limited gets propelling power from a 1923cc, ‘Milwaukee-Eight 117’ V-Twin engine. It is comparatively powerful with the generated 167Nm of torque that is transferred to the rear wheel via a six-speed transmission and final chain drive. In terms of kerb weight, the CVO is lighter with the weight standing at 428kg and also offer improved fuel tank capacity of 22.7 litres.

Limited to be offered only 300 units globally, the Indian Roadmaster Elite is priced at INR 48 lakh (ex-showroom, India). Here in India, only 2 units of the model are allowed and have already been sold. While to purchase a Harley-Davidson CVO Limited, you have to shell out INR 49.99 lakh (ex-showroom, Delhi).