Read More: Royal Enfield Electric Motorcycle is Under Development in the UK 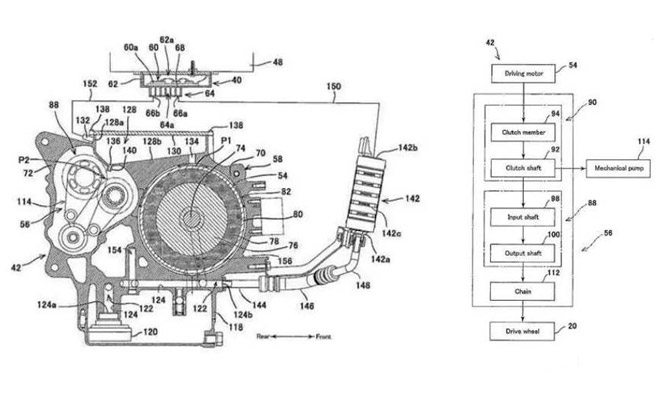 From the patent images, we are not able to identify how far advanced technology would be used in the upcoming Kawasaki electric bike. In other ways, Kawasaki might be thinking to use some advanced technology such as assisted cooling and also for the inclusion of a gearbox. It is not the first time we have seen a electric bike concept from the Kawasaki, as earlier it was hinted that the Kawasaki may come with a geared electric motorcycle as same as the conventional petrol engine bike.

There is a lot of time to speculate as the Kawasaki electric bike is still under development and may come with fully fledged features to turn around the heads.