It's only been a month, when the Japanese motorcycle manufacturer had started teasing with its all new revolutionary motorcycle. The company has released so many videos and teasing images of the upcoming motorcycle. Starting from 1st of September, 2014 till the inception of INTERMOT, the International Motorcycle Show, the company continuously teased its fans. The main attraction of the motorcycle is its Supercharged engine. The legendary motorcycle from the Japanese is named as "Kawasaki Ninja H2".

The Supercharged engined motorcycle has already made its debut at the ongoing INTERMOT motorcycle show, 2014 which is being held in Cologne, Germany. This motorcycle is especially been designed to meet the racing purpose over the race tracks. Although, the Ninja H2 has taken a very long time to come in front of everyone, but trust me it's worth waiting. One can easily notice the intensity of skills earned during the designing era of the same. Let me take you to the amazing trip to know more about the Style, Technology and Performance of brand new Kawasaki Ninja H2. 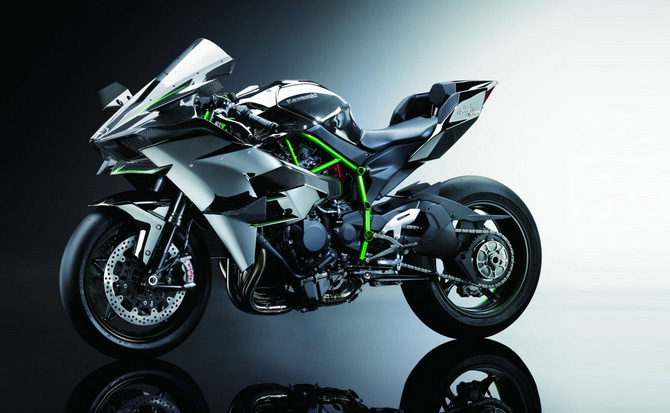 A Muscular Design:- The Kawasaki Ninja H2 is a whole new concept designed by the Japanese manufacturer. Talking about the styling carried by the motorcycle, the Ninja H2 has excelled in its own manner. The pattern building of the motorcycle is completely related to the racing theme. The stunning looks of Ninja H2 along with racing DNA have made this bike worth standing out of the crowd. 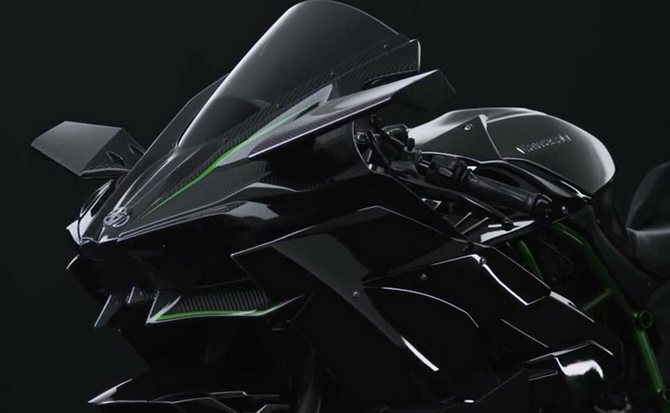 Starting from the front, the newly designed front cowl complemented with the sharp-eyed twin headlights and visor gives this motorcycle an amazing front look. The carbon fiber fairing is more than enough to catch anyone's eyes. The newfangled alloy wheel pattern incorporated with single sided swing arm complements the rear part of the motorcycle. 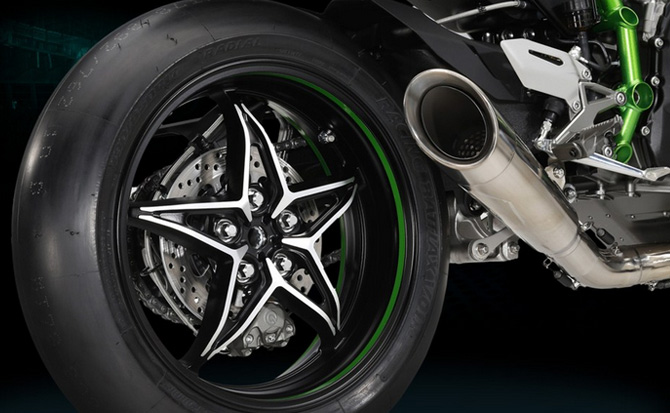 The aerodynamic design of the Kawasaki Ninja H2 can be described within 'Intense Force Design', which is the company's prime styling concept. Well, the overall design of the motorcycle plays a major role, more than the cosmetic style, to create a successful history. The most appealing part of the motorcycle is its highlighted green colored trellis chassis and the mirror-finish black chrome paint, which simply like an icing over the cake. Both the aforementioned things are specially built for the Ninja H2.

In-House Technology:- This is the first ever motorcycle from the Kawasaki, which has been the company's in-house technology. The Kawasaki Ninja H2 is powered by the company's in-house built supercharged engine with an engine displacement of 998cc. The motor is incorporated with a liquid-cooled, in-line four cylinder assembly, which is capable to generate a total power of 300 BHP and a peak torque of 155.9 Nm. The power generated by this liter-class segment motorcycle is the most appealing part, which comes before the style and designing segment. 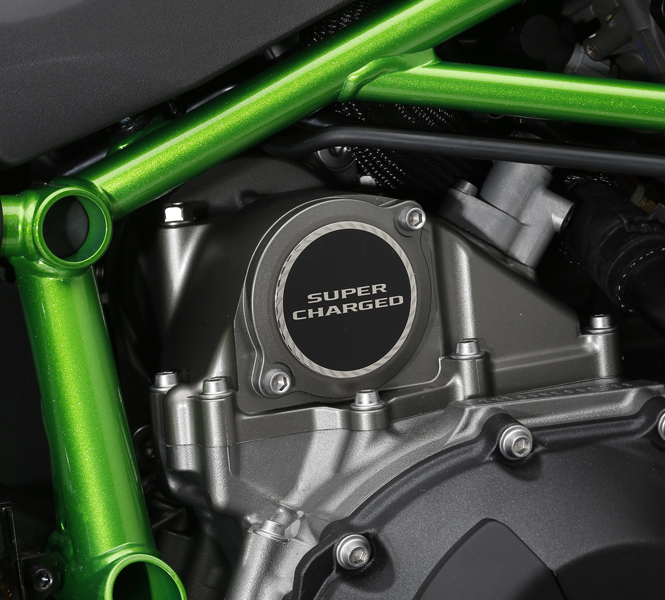 The Kawasaki Ninja H2 is said to be a 'Fun-to-Ride' motorcycle, which will take you further over the racing tracks with its unrivaled performance on the twist of its throttle. The company has claimed that the Ninja H2 is the only supercharged engined motorcycle, which is in production queue as well. The motorcycle is claimed to reach a top speed of 200 MPH carrying along all the capabilities. The newly designed four-into-two-into-one exhaust tail pipe receives a chrome finish.

Helping Operators:- The Kawasaki Ninja H2 is equipped with various electronic control systems, but the manufacturer hasn't given any clue for that. The motorcycle will be featuring an electronic instrument cluster, which includes gear indicator and digital speedometer. The company has also added the logo at the very front of the motorcycle, which indicates the in-house traction control system used in the vehicle. 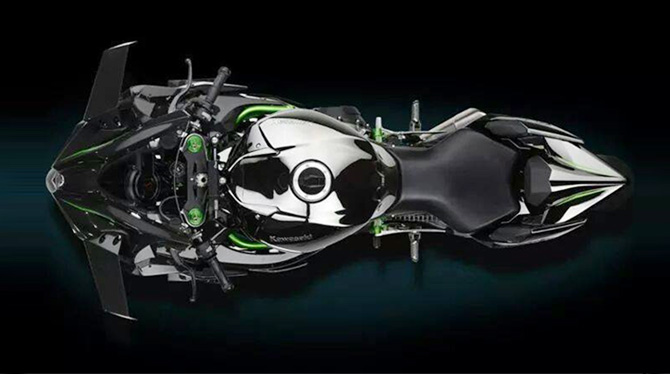