The Koenigsegg Regera has been in the news since the company teased the launch images of this car for the Geneva Show. Well, the curtains have been taken off from this new beast of the company and it certainly is ready to take over the legacy of Bugatti Veyron, which will see its end the same show. Coming back to the Regera, it's as expected has regenerative braking system and hence in the name. The car has also been developed by keeping the future aspects in mind, thus gets power from 3 electric motors as well, making it a complete super hybrid package. One more thing which just mesmerizes me about this car is that it takes 3.2 seconds to not to hit 100 km/h, but 150-200 km/h! Now, that's incredible than hulk I guess.

Talking about the engine, this car has been powered by a DOHC 5.0 Litre V8 engine that churns out 1,100 hp power and the 3 electric motors provide the additional 400 hp, thus making it 1,500 hp in total along with the 2000 Nm torque as well. There also is this new KDD system that replaces the traditional combustion engine transmission system and hence improves the overall driving system. 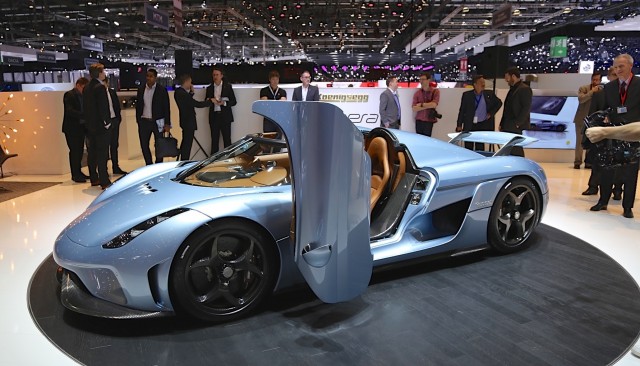 Well, the people must be waiting for the car so desperately and they'll see it once the show is open for the general population on the March 5th. And, we'll get back to you once more details are available for this car, till then, enjoy the show.