The sports tourer bike range of KTM is going to be puffed a little more with the 1290 Super Adventure. The launch event is going to be held on 30th September at the INTERMOT, Cologne, Germany. There is about a month and some days for the launch and the company has revealed the image of this bike, which looks very much resembling to the 1190 Super Adventure motorbike. There is no word over the specifications of this bike, but it will most probably be housing the 1301cc V-twin engine powering it a whooping 180 PS of maximum power, churning out 144 Nm of torque backed to 6-speed transmission. 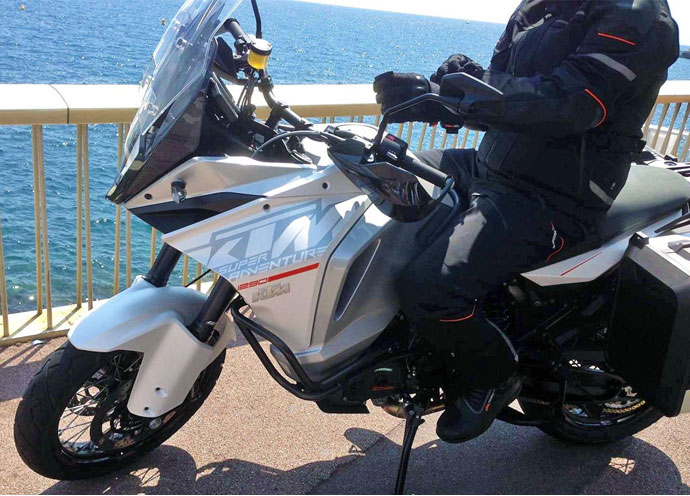 The single image fired by the company has given a considerable glimpse. The white and black combination is delightful. The stepped seats, big visor glass and knuckle guard seems to be obtained by the 1190 Adventure. The 1290 Adventure will be having “incredibly large fuel tank” as per the officials.

The KTM will be employing good safety systems in this bike. The collaboration of TCS, BOSCH and ABS will be empowering this bike with Motorcycle Stability Control system. This will help rider to ride the bike in its most stable mode. Along with this, the “absolutely unique electronically supported riding assistance equipment” is also going to be included in the bike’s overall spec list. 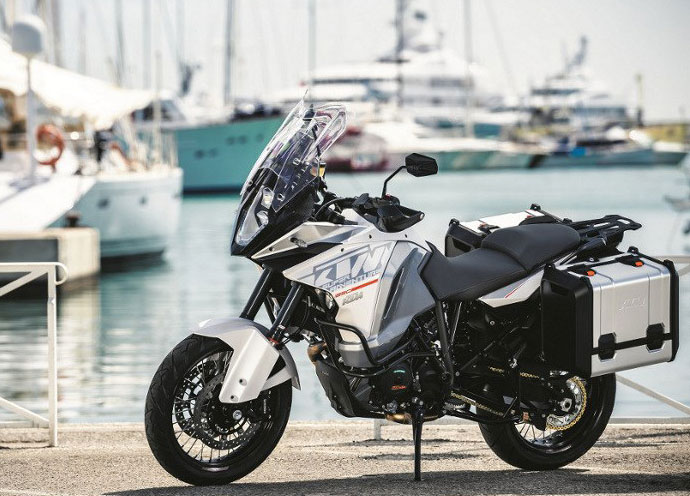 Now, the question might arise that as the company is doing good with their 1190 Adventure, then what was the need of bringing a slightly bigger engine tourer? Might be the “Super” attached to the Adventure will show the meaning after the launch.