KTM 790 Duke that is a middle-weight naked sport from the Austrian bike maker, has been launched in India. The KTM Motorcycle is set to be priced at INR 8.64 lakh (ex-showroom, India). Considering the price and power figures of the motorcycle, the 790 Duke is the brand’s flagship model in the Indian lineup. Lately, the naked street is being offered only with BS-4 engine and limited to 100 units. These too are brought to the Indian soil via CKD route.

Available to purchase in global markets, the KTM 790 Duke is powered by a 799cc, parallel-twin engine that is claimed to develop 105hp of max power and 86Nm of peak torque. The suspension setup on the bike comprises WP sourced 43mm non-adjustable USD forks up front and a pre-load mono-shock. Among other features, there is a full TFT instrument cluster and rider aids like Bosch Cornering ABS, launch control, traction control, four riding modes, bi-directional quick-shifter for better control over the bike. 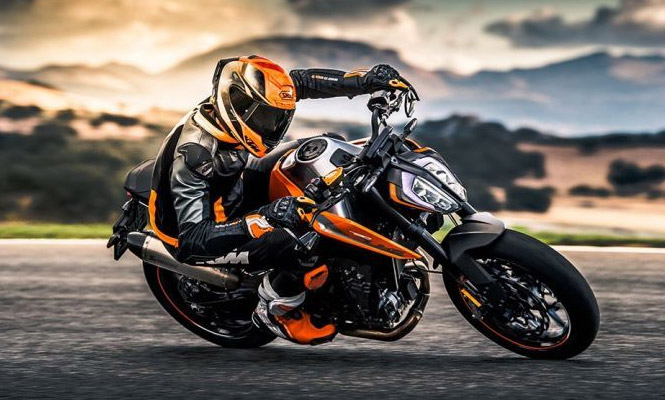 The international-spec of the 790 Duke weighs at 169kgs which makes it count in the range of lightest bikes in category, second in lead post the Triumph Street Triple S.

Priced at INR 8.64 lakh, the 790 Duke is more expensive over the Suzuki GSX-S750 (INR 7.46 lakh) and the Kawasaki Z900 (INR 7.70 lakh) but cheaper than the other rivals in the category like the Street Triple S (INR 9.19 lakh) and the Ducati Monster (INR 10.99 lakh). Currently, the 790 Duke is available to purchase only in 9 cities which are Bengaluru, Pune, Mumbai, Kolkata, Guwahati, Hyderabad, Surat and Chennai. However, the motorcycle is likely to make its way to over 30 cities by April 2020. 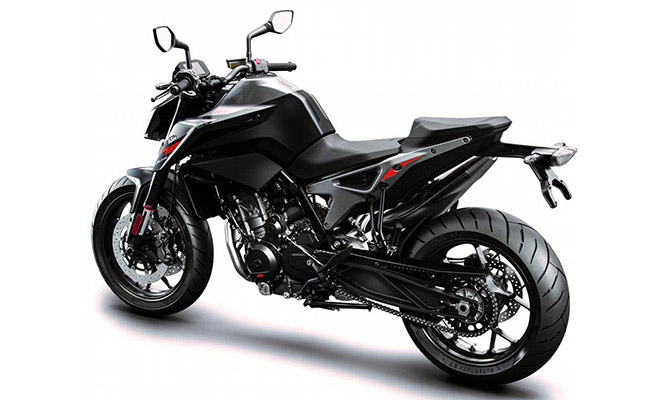 In addition to this, the KTM showrooms are planned to be updated so that they can easily accommodate premium models like the 790 Duke and the forthcoming 390 Adventure. As compared to the current showrooms, they will be more spacious, more premium and expected to convey a better customer experience as well.