Here dropped another word in the bucket!! The newly introduced sports motorcycle from the Austrian manufacturer, which was recently showcased at Italy, has done with its media ride program. The all new KTM RC 390 and RC 200 is all set to experience the Indian roads, as the Twin RC brothers will be officially launching on 9th September in India.

An official video has been released showcasing that the KTM RC 390 touches a top speed of 179 KMPH. The KTM RC 390 receives the same technical specifications which were being used in the Duke 390. However, this fully-faired compact sports motorcycle sporting a new seating arrangement is capable to boast up a top speed of 179KMPH on its speedo.

The KTM RC 390 is powered by a single-cylinder engine, which gives an engine displacement of 373.2cc. The power plant is capable enough to generate 43.5PS and 35Nm, power and torque respectively. Instead of having the same mechanism in Duke 390, the bike is proficient to reach 0-100 KMPH in less than 6 seconds, and this can be achieved in the third gear. The big brother from RC series has come-up with improved dynamics, which results to execute a 179 KMPH on its speedo. In terms of achieving top speed, the KTM RC 390 will be competing with Kawasaki's Ninja 300 with 191KMPH, but in the pricing section Ninja 300 is costlier than the KTM RC 390. 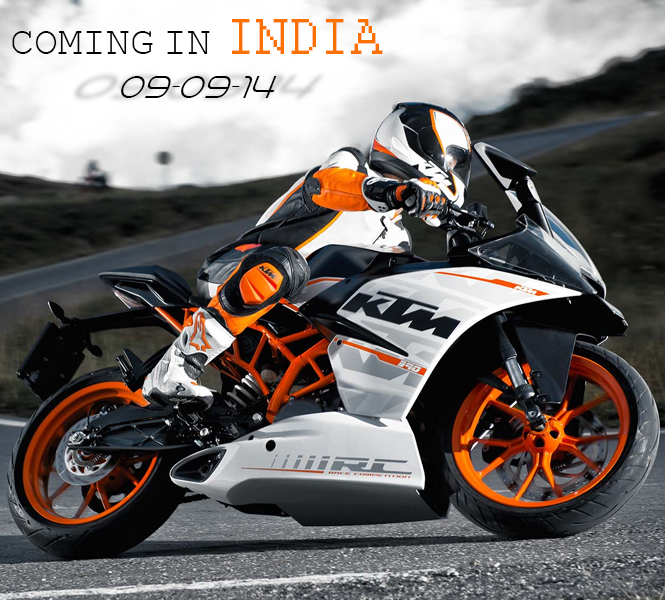 However, the real competition will start on the day of 9th September, 2014, when twin brothers from the RC Series will make their official appearance in Indian market. The KTM RC 200 has to go through many rivals, as there are many competitors between 200-250cc segment while for the KTM RC 390, it will be having less competitors as compared to its little brother.