KTM SuperDuke Adventure is Set for its Indian Arrival Soon

The Austrian giant, KTM, after having a blazing start with both RC's and Duke's 200 and 390 models, is now all set to enchant with the higher capacity segment. Around 53% of the market share is in the hands of KTM as of now, seems like the company is doing utmost efforts in maintaining its pace in the race of manufacturing adventure focused machines. For this, the firm now decides to try its luck by introducing massive bikes like naked 1290, GT and Adventure, which belong to the 1090cc segment.

Talking about the engine specs of 1290 SuperDuke Adventure, it is found that the roadster burns up a maximum power of 160BHP with a peak torque of 150NM via a 1301cc liquid-cooled, 75-degree V-twin mill. All power is mated through a six-speed transmission. Other than that, some technological aspects include, traction control, cruise control, multiple ride modes, bar heaters, cornering lights, semi-active suspension, 12V sockets, electronic hill hold control (HHC) and an optional motor slip regulation (MSR). 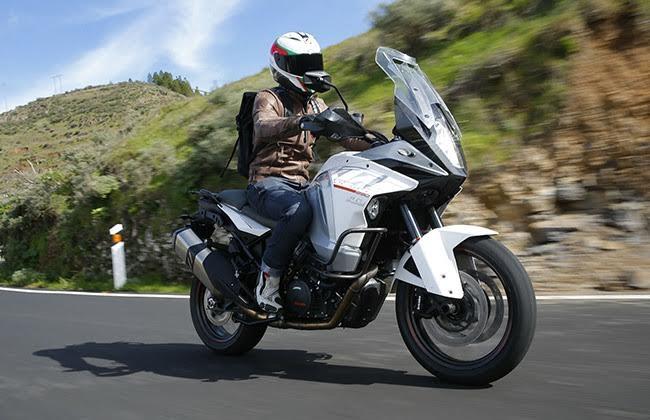 As for the safety purpose, the machine would be having ABS and MSC. It is also going to get tyre pressure monitoring system. The company is tight lipped about the prices of 1290 SuperDuke yet, but it is anticipated that the motorcycle is likely to sit below from the Triumph Explorer, which currently carries a price of Rs. 18,75,000 (Ex-showroom, Delhi).