The new Kawasaki Ninja ZX-10R was launched on June 29, 2018 alongside the Ninja ZX-10RR. Being assembled locally in India, it is the most affordable litre-class performance motorcycle in the market. The first lot of this locally assembled Ninja ZX-10R has been sold out in just three weeks post-launch.

Both of these bikes are being locally assembled at the brand’s facility in Pune. The new Ninja ZX-10 R was put on sale at INR 12.80 lakh (against INR 18.80 lakh) while the Ninja ZX-10RR was priced at INR 16.10 lakh (against INR 21.90 lakh). Both the prices are ex-showroom. For your reminisce, both of these models were rolled out at aggressive pricing but post-July 2018, they will be revised by a big margin. The accessible price tag is the reason the bike maker managed to sell out the first lot of Ninja ZX-10R within three weeks duration. However, the deliveries against registration are yet to commence soon. 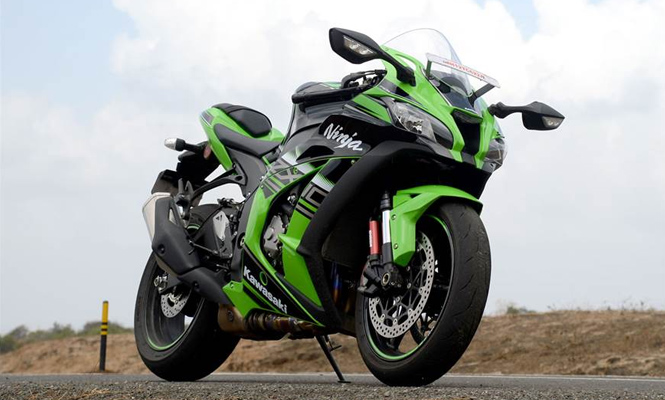 According to a report, the Kawasaki India has received about 100 bookings for the recently launched locally assembled new Ninja ZX-10R. These figures are being considered more than the units sold out of current generation Ninja ZX-10R via CBU route. Behind the fairing, the Ninja ZX-10R gets 998cc, inline four cylinders, liquid-cooled engine. The engine is rated to churn out the power of 200 PS at 13,000 rpm along with 113 Nm of peak torque through mated six-speed gearbox transmission.