Maharashtra traffic police are dedicated to controlling traffic violations and ensuring smooth flow of traffic to the citizens. So to achieve the aim, the Maharashtra Government has adopted fully automatic traffic control system with digital challans. The traffic police constables will carry an Android device which will have a handy printer for E-challan so that the violators can immediately pay the fine. This is to insure Spot Fine Charging and Spot Fine collection. The police will generate the digital challan and update the same in the central system. The fines collected would then be deposited in the state treasury.

If you don't see traffic police on the road, don't try to break the signal as violations of rules will be captured on camera as part of the E-challan procedure. 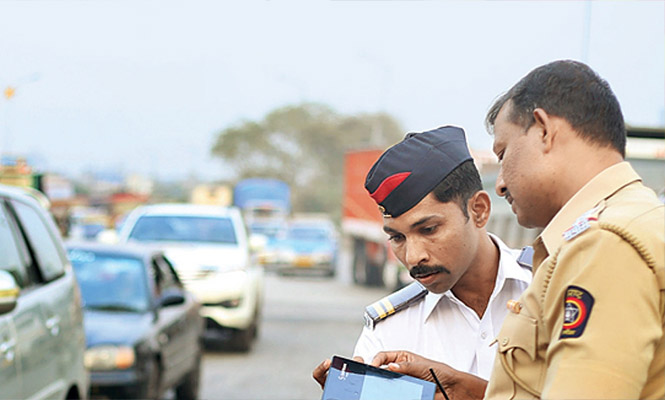 The authorities have started working on the “one state -one e-challan”. The first e-challan phase was initiated in Mumbai, Nagpur, Navi Mumbai, Thane, Pune and Pimpri-Chinchwad, while the other areas will be taken into consideration in the next phase, as informed by Traffic Police in a press note. Under the scheme, motorists can pay off their penalties at mahatrafficechallan.gov.in.

Both applications can be downloaded on the Android and iOS platforms.