Maruti Suzuki has created a milestone once again by reaching over a sales mark of 1 lakh units of its popular sedan, the Ciaz since its launch two years back. Reportedly, the company will announce its updated model in the country in 2017. Sinch May, the car has been locking the horns of the Honda City in beyond 4-meter sedan genre and witnessing a good hike in the sales from then.

"Ciaz started out as an outstanding product in terms of looks, features and cabin space. With introduction of Ciaz smart hybrid technology and new infotainment features it has clearly pulled ahead as the best product in its class," quoted by RS Kalsi, Executive Director, Marketing and Sales, Maruti Suzuki. 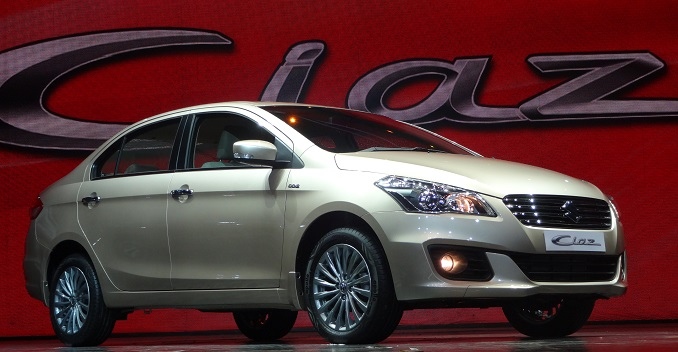 Considered as an important offering from the Indo-Japanese automaker, the Ciaz is growing with a greater pace in the premium car segment alongside S-Cross and Baleno. The introduction of SHVS mild-hybrid technology in the diesel variant has been said as the reason behind the rapid success of the sedan.

Maruti Suzuki Ciaz sedan has taken over the sales of Honda City in May. Going specifically in numbers, the former marks for 5188 units while the latter gets 3300 units that were sold in May. There is an average figure of 5000 units that are being sold each month. Furthermore, around 18000 cars has been exported as well to the international markets since October 2014.

Engine-wise, the sedan comes equipped with both- the petrol as well as the diesel trim. Powering the former is a 1373cc motor that accelerates the car with 91BHP at 6000 RPM and produces torque of 130NM at 4000 RPM. Power gets transferred to all the corners via five speed manual transmission. Though a four-speed automatic system is also present there. Coming over to the latter, the unit is packed with a petite engine with a displacement unit of 1248cc and develops 89BHP of power at 4000 RPM and 200NM of torque at 1750 RPM matched up to a five-speed manual transmission.

As aforementioned, Maruti Suzuki is working upon an updated variant, which will get on the floors in 2017. On a brief, the updated sedan would probably feature an advanced 1.5-litre M15 petrol engine.