Maruti Suzuki Ignis that is a hatchback offering from the Indo-Japanese bike maker, has got a limited edition in its lineup. The company took the step of rolling out the special edition in order to boost up the sale of this funky looking hatchback during this festive season. As, it is the brand’s second least selling model in Indian lineup, after Gypsy.

In terms of changes, this special edition Ignis received aesthetics tweaks with the addition of a host of accessories of worth INR 45,000. All the accessories like side door cladding with ‘Ignis’ branding, a body kit with silver moulding on the side skirts and both bumpers. Other than this, a tailgate-mounted spoiler is also added to the hatchback's exterior.

Moving inside, you will get premium seat covers and a 2-DIN audio system with Bluetooth along with other features which are being provided as standard. Includes the electrically adjustable ORVMs, keyless entry, ABS and airbags. This Ignis Limited Edition is based on model’s mid-spec Delta variant. 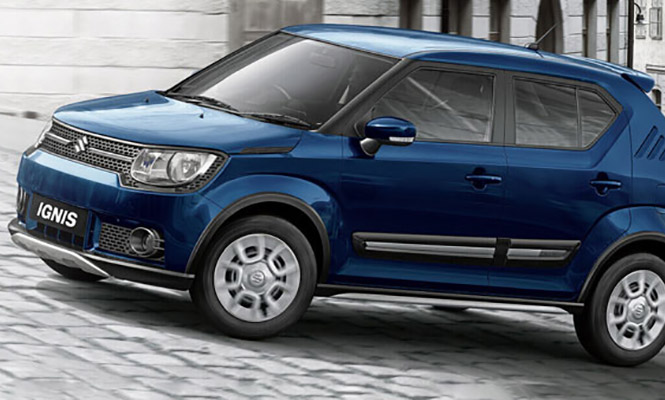 If the pricing is concerned, the automaker did not reveal the official asking price. Though, we can expect price tag slight premium over the standard Delta variant that is on sale at INR 5.28-5.83 lakh, ex-showroom, Delhi.

The company only offers the Petrol engine for the Ignis. As the Petrol trim was eliminated earlier this year. Packed with the 1.2-litre petrol engine, the hatchback uses the power churn of 83hp along with 113Nm of peak torque. The power transmitted to the rear wheels via integrated 5-speed manual or a 5-speed AMT gearbox.

In the segment, the Ignis takes the fight with the rivals available like the Ford Freestyle and Mahindra KUV100 NXT in the market.