McLaren Automotive has revealed a special edition version of the Carbon Series LT, which is based on the popular 675 Spider LT. It is reported that the Carbon Series LT will be available in 25 units. Notedly, the car was also set for display at the 2016 Geneva Motor Show. The carbon-fibre made McLaren P1 body is quite adorable than the standard version.

On the exterior part, the Carbon Series LT is lightweight and aerodynamic. It has been manufactured using 40 percent carbon fibre. The roof offered is electronically retractable. Other major attachments include side blades, front and rear wings, fuel filler flap and A-pillars. The car is also equipped with three cameras across the body. 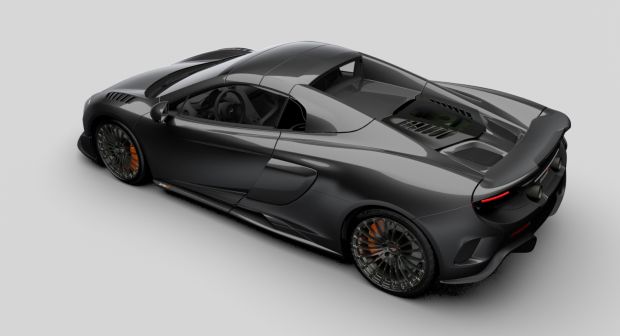 The reports suggest that the production of the Carbon Series LT supercar is likely to begin later this year.

McLaren BP23 Hyper-GT Will Be Fastest McLaren Ever
Views: 1165