The German luxury auto major recently caught testing of its two new Mercedes AMG E63 models. The camouflaged test mules are appeared to be a sedan and an Estate version of the AMG E63. Apart from two body style, Mercedes will also offer it in three variations. 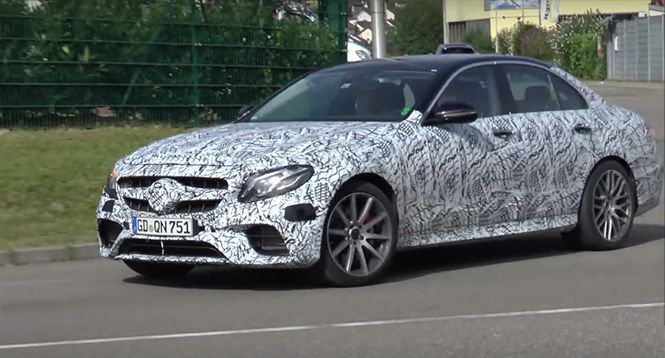 The spy video from walkoART features test-run of both versions of this latest AMG E63. The exterior of the test mule AMG E63 sedan model gets host of new updates which separate it from the standard model in terms of appearance, such as revised trunk lid, newly designed rear bumper featuring the AMG characteristic, the pair of exhaust pipes at sides, a set of flared side skirts, extended wheel arches, and entirely redesigned front fascia.
Check out the video here:

Not confirmed yet, some reports suggest that the latest Mercedes AMG E63 sedan will carry a 4.0-litre twin-turbocharged V8 motor under its hood. In the base variant, this motor is expected to produce 571 bhp of power along with the peak torque of 750 Nm. Although, these figures might be increased to 612 hp and 850 Nm in the higher E63 S variant. The most potent of its kind, AMG E63 will be offered with the all new 4WD (4 Wheel Drive) system. 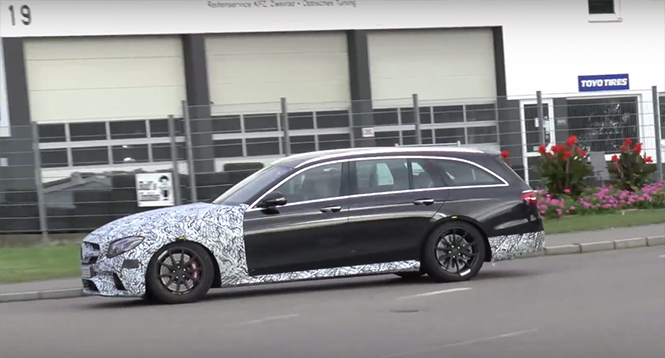 Coming to the another version of the AMG C63, the lightly camouflaged Estate version of the car looks quite similar to the recently launched C63 AMG Estate. Both the AMG E63 look the most appealing car pair from the German luxury carmaker. 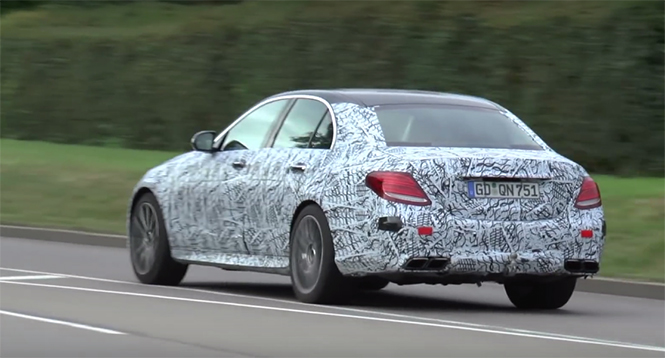 There is also a lot talks, Mercedes is also working on a Black Series badged version to give power bump over the standard models. After this treatment, a model can be expected to produce up to 650 hp of power.
Get latest and updated information about automobiles on our Google Plus Community Speed Gears.