More than 80% of Camry sold by Toyota India are Hybrid

Toyota Motor Corporation has recently announced that out of the total Camry models sold in India, more than 80% were found to be hybrid variants. The all new hybrid version of Toyota Camry was introduced in May, 2015 and since then the model has gained a lot of popularity in the Indian car market. It was introduced for the first time in the country back in August 2013 as a locally manufactured car. 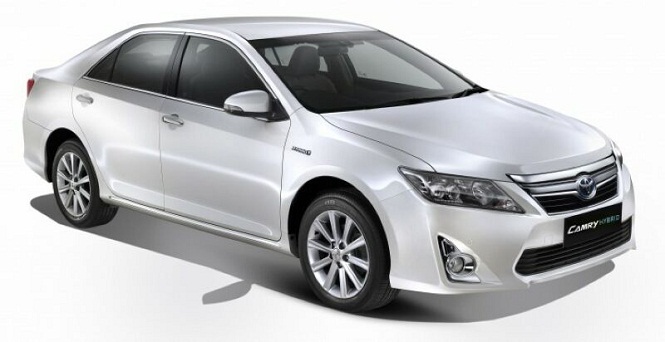 When the company officially introduced its first hybrid version of Prius in 1997, there was a lot of problem in persuading the customers to buy one. However, with the change in time, customers' purchasing habits changed and till 31 July more than 8 million units of Camry hybrids were sold out around the world. The automaker has also revealed that the carbon emission has been reduced to a great extent after the arrival of these hybrid models. The emission has been reduced by 58 million tonnes thereby saving 22 million litres of fuel that amounts to 13.3 % of annual oil imports in the country.

Apart from the Prius, Toyota has also come up with 30 other hybrids including Yaris and the upcoming RAV4 sold in more than 90 markets across the globe. Some other names in this list include Esquire, Lexus RC300H, Sienta, etc. According to Mr Uchiyamada, Chairman, Toyota, “This ongoing rollout will only continue with new hybrid models and to be sold in more markets than ever before.” Some other non-hybrid cars are also scheduled to be launched at a lesser price with a fuel efficient powertrain.

New-Gen Toyota Camry is Now Made Available At The Dealerships
Views: 1203

Spied Images Reveal Details Of 2019 Toyota Camry To Be Launched Next Year
Views: 1095