MV Agusta is all prepared to bring two novices in the Indian motoring industry, which are known as the Brutale Dragster and the Turismo Veloce. These upcoming motorcycles will also be retailed from the same Kinetic Group dealerships, which are having the overall control on complete management of MV Agusta products in the country.

since its introduction, the Italian giant is doing pretty well and gaining over the time. With a number of limited and special editions in its lineup, the company has retailed a total of 50 units. Now, the Brutale Dragster and the Turismo Veloce will help the bike maker to enhance its grip on the market, along with the increased number of choices for the enthusiasts. The launch of the motorcycles will take place in the coming months.

However, there is no confirmation about the launch date of these forthcomings, but they are anticipated to hit the surface after the introduction of the 2017 Brutale 800. While the new Brutale 800 will make its debut after going under the homologation process and further both the bikes will follow the later one, before the launch. 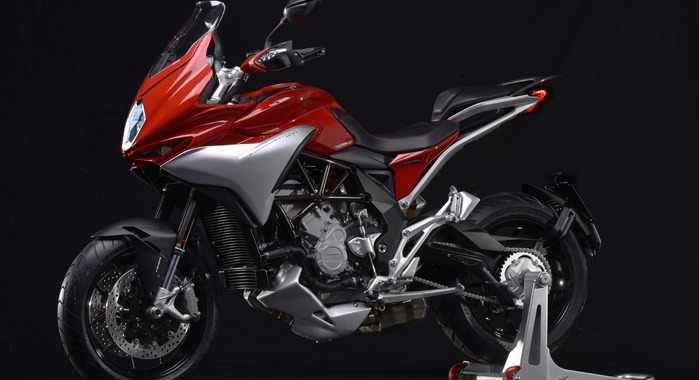 if powertrain is been considered, both the models share the similar powerplant of a 798cc inline three-cylinder engine. But tuned to perform differently as per their segments. The Brutale Dragster will churn out the power and torque figures of 123bhp at 11,600rpm and 81 Nm of torque at 8600 rpm respectively. Whereas, on the other hand, the Turismo Veloce will spit out the maximum power of 108 bhp at 10,150rpm and the peak torque of 80Nm at 7100 rpm.

On the pricing end, the Brutale Dragster will carry the price tag near about Rs. 18 lakh (ex-showroom, Pune) and will be placed in between the Brutale 800 and the Brutale 1090. Whereas, the Turismo Veloce will fall in the price bucket of Rs. 20-21 lakh, which is costlier than the Brutale 1090 pricing. The assembling of both the bikes will be done at the company’s Ahmednagar facility and will be sold via Motoroyale showrooms.