These exclusive bits consist of Pirelli’s flash logo on the tank pad, and on custom crafted seat via Castiglioni Research Center. Also, colour matching panels convey awestruck appeal. While a special ceramic-based paintwork on exhaust unit is an add-on to that. the Dragster RR Pirelli is being offered in colour options of black/yellow and the blue/white that blends well with equipped design elements.

Read Also: MV Agusta Turismo Veloce and Dragster RR Likely To Be Available in India by 2018 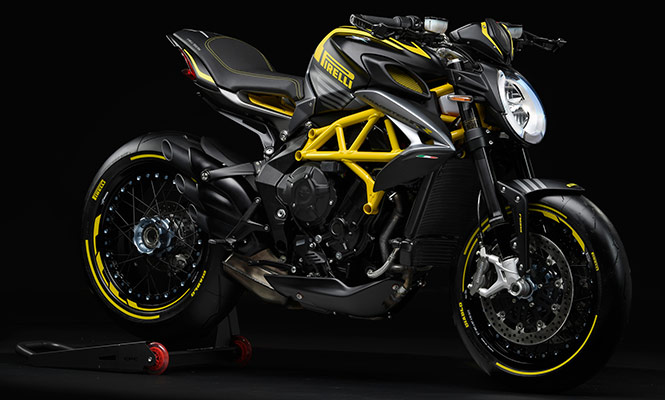 Underneath the fuel tank, the mechanicals did not witness any refinements. Similar 798cc liquid-cooled three-cylinder is continued to power the motorcycle with 140bhp power and 87Nm of peak torque. A coupled six-speed gearbox performs power transmission to the rear wheel via a slip/assist clutch.

The 2018 Dragster RR Pirelli Edition, is a special edition, so it would be produced in limited counts. Though, there is no confirmation or revealing from the Italian automaker that how many units will be produced for the global market. The Dragster is not available in Indian lineup. While addition could make the availability of at least a single unit. The future can say, the only thing we can do is wait and watch.