This is the eighth edition Toyota Camry, and finally hit the global stage at the North American International Auto Show in Detroit with more bold stance and powerful engine.
Recently, in the past month the carmaker has released a teaser image featuring the taillamp of this next generation Camry, giving a clue of its sportiness. And now the mid-luxury sedan has been unwrapped at the ongoing 2017 Detroit show after the successful journey of seven generations. 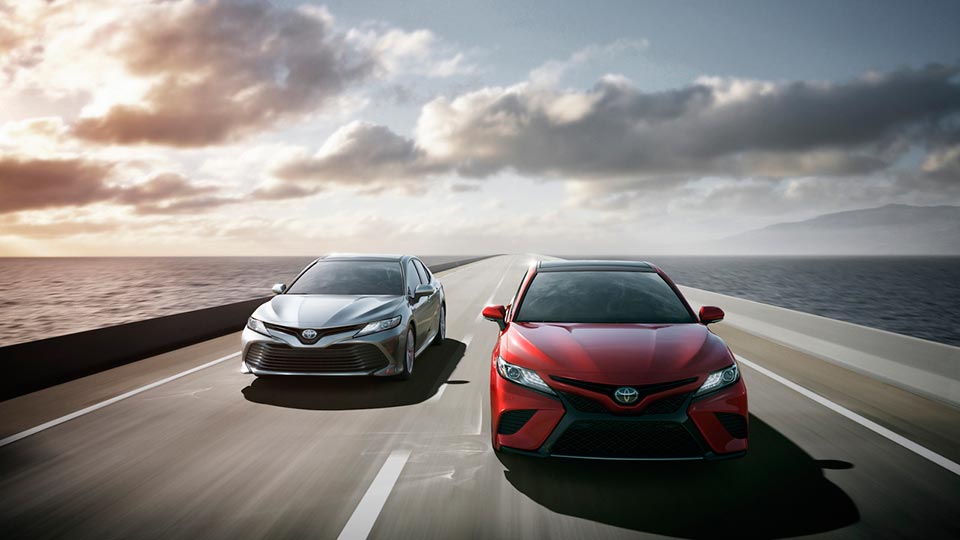 Marketed as the 2018 model year, what’s make the new Camry sharper is the ‘Knee Look’ design philosophy from the brand's TNGA (Toyota New Global Architecture) that lowered the hood by 1.6-inch with the more sleek and curved profile. The seats have also been lowered by 1-inch in the front line, while the rear line gets a height cut of nearly 1.2-inch. And this helps in reducing the overall height of the vehicle by 1-inch and also lowered the COG (Center of Gravity) without reducing the interior space, hence improved the effectiveness of the aerodynamic body design. 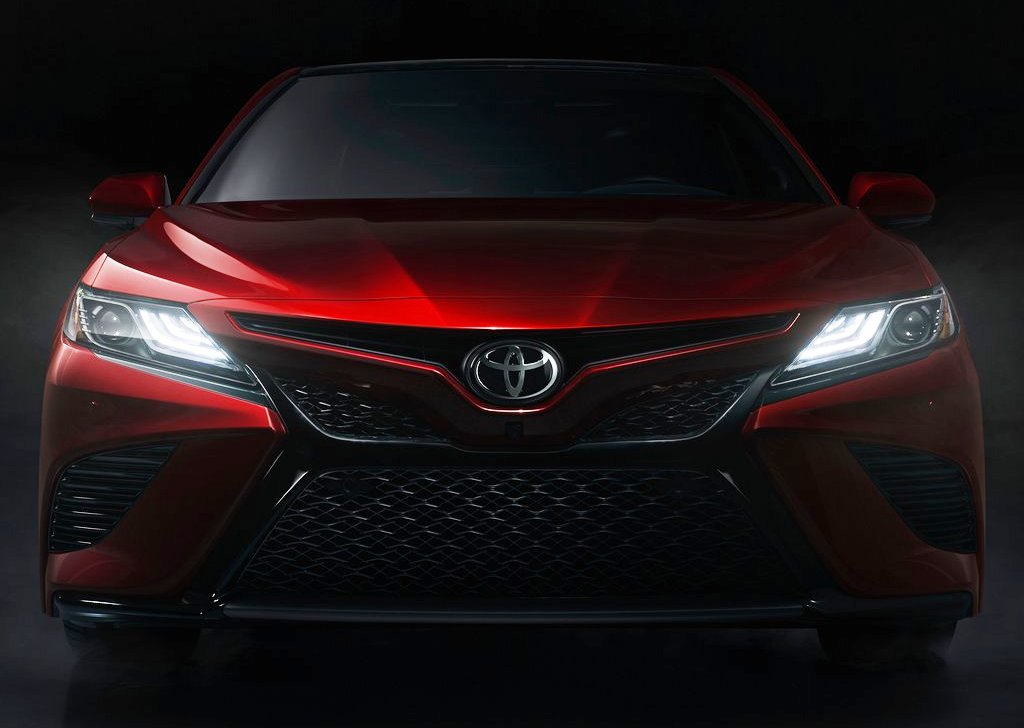 Overall, the height of the car has been dropped by 24 mm while the hip points at the front and rear are also received a height cut by 24 mm and 30 mm respectively with the increased wheelbase of 51 mm. With these dimension updates, the 2018 Camry measures 4,859mm in length, 1,839mm in width and 1,440mm in height along with the wheelbase of 2,825 mm.
For the improved drive handling, it gets a double-wishbone rear suspension, while a new four-point engine mounting system helps in reducing the NVH factor (Noise, Vibration and Harshness). 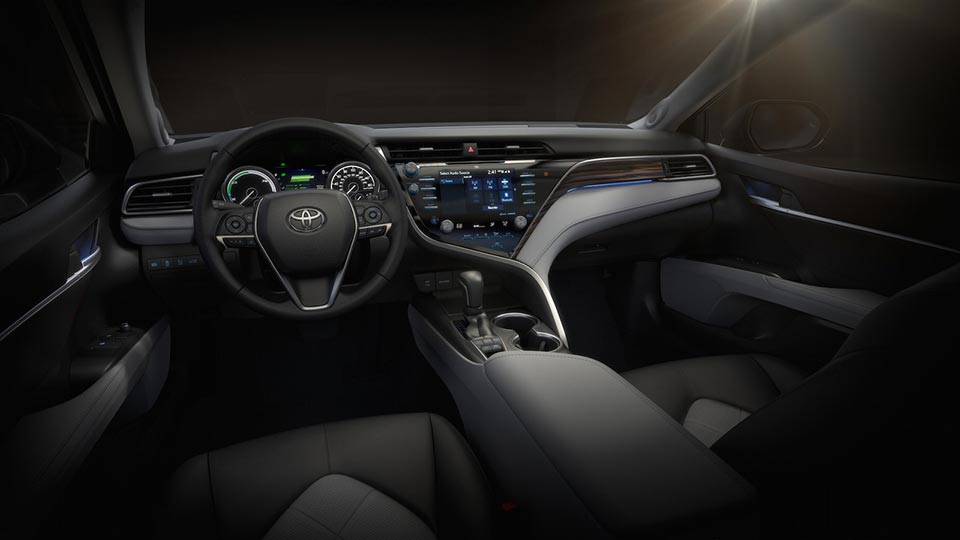 Step inside, and you will see a cockpit-style layout with the soft-touch elements on the dashboard. The 2018 Camry is equipped with Toyota’s latest Human Machine Interface which combines the info from three different interlinked screens - a 10-inch Head-Up Display (HUD), a 7-inch multi-information display within the instrument cluster, and an 8-inch audio/navigation display with climate control panel.
Beneath the front-end, the next-gen Toyota Camry is fitted with petrol drivetrains - a 2.5-litre 4-cylinder engine and a 3.5-litre V6 mill, and both are mated to a new 8-speed automatic gearbox. However, the smaller 2.5-litre engine is also available with the next-gen Toyota Hybrid System featuring a CVT. 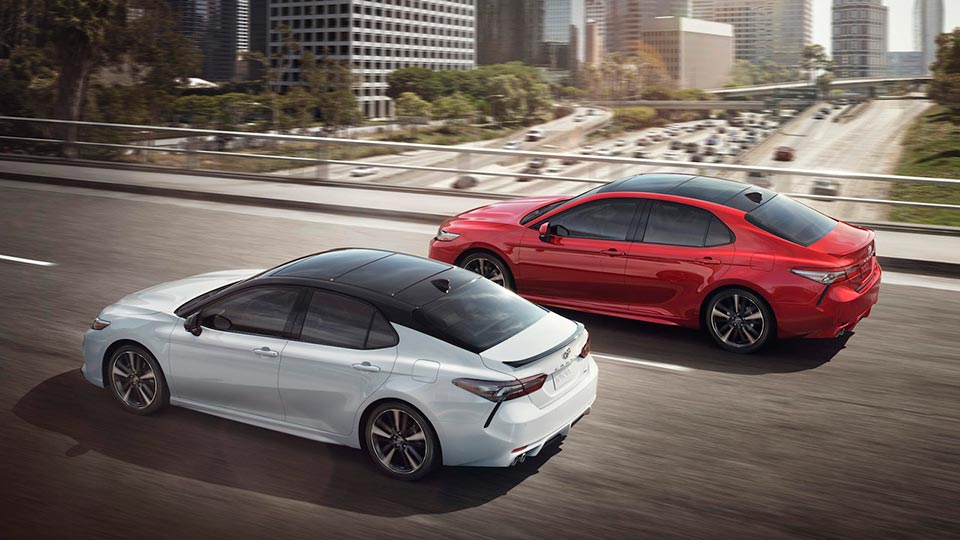 In the USA, the new Camry will be offered in four variants namely - LE, XLE, SE and XSE. The sedan is serving the USA since it was first launched back in 1983 and has been sold over 10 million units. Globally, Toyota manufactures the Camry sedan in 10 plants and has a sales record of over 18 million units across the world.
Get latest and updated information about automobiles on our Google Plus Community Speed Gears.