Shown above is the latest spy shot of the near-ready production version of the upcoming Husqvarna Vitpilen 701.

Let’s start with a flashback here. Based on KTM 690 Duke, the bike was first uncovered as a concept in 2015. HUSQVARNA had chosen the most notable platform- the EICMA Motorcycle Show to unveil its single-cylinder road bike. The Vitpilen, which is the Swedish name for ‘White Arrow’ has been profiled to look as interesting as possible. Liberated from all the gimmicks, the bike contains only the essential stuff to give a splendid riding experience. Carrying the same steel frame, engine, and alloy swing-arm, it is more performance-oriented than the good looks. Moreover, the wheels, brakes, and upside-down WP forks are same as well. While the mechanical bits remained untouched, the styling gives a new high to the bike. 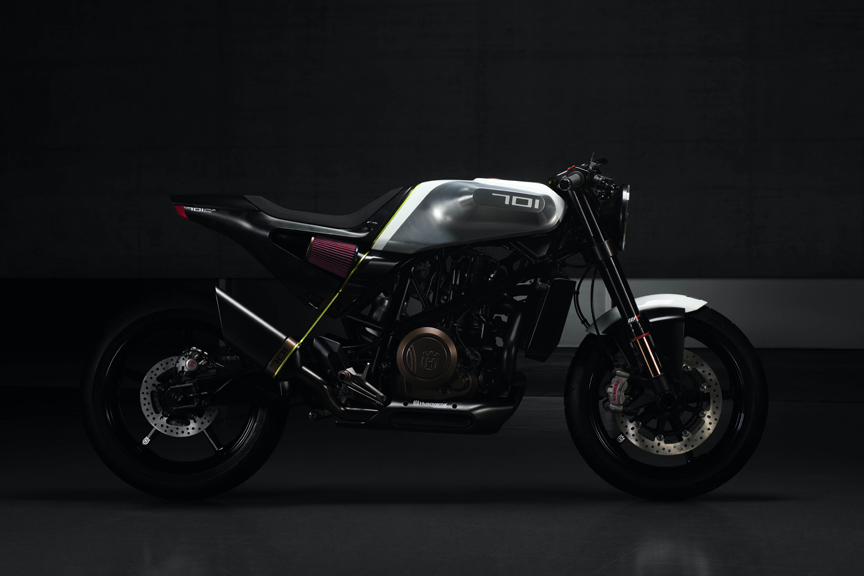 With a completely re-imagined styling, the Vitpilen 701 completely justifies the other retro looking line-up in rest of the Vitpilen family. The automaker has given a perfect retro design to the bike in which a slim-line tank, seat, and tail portion are a couple of new elements fitted into the motorcycle. Unlike the upright Duke 690, the bars are appeared to be lower in the model in question, which makes it more like a cafe racer.

Earlier, the same mule was captured performing the test rounds with the companions Vitpilen 125 and 401, as well as a fresh Duke 800 and updated Duke 125. We’ve been seeing the bike undergoing prototype testing since quite a while now. Now, anticipations are there that the finished product could be revealed at shows in the coming autumn, and launch might take place next year. Price is not going to bother you at all as the bike won’t be priced too much expensive than the £7,699 of Duke 690.

Also, the Svartpilen- a scrambler-fied version would probably make its arrival with meaty tyres anytime soon ahead.

Husqvarna to Manufacture Bikes in Austria From India Sourced Engine and Components
Views: 2622