Codenamed as the U321, the new MPV model from the one of India’s largest four wheeler manufacturer firm, Mahindra and Mahindra has been unveiled at the interior front through a set of new spy images. The exterior of the model has already been explained from the earlier spy images surfaced online. 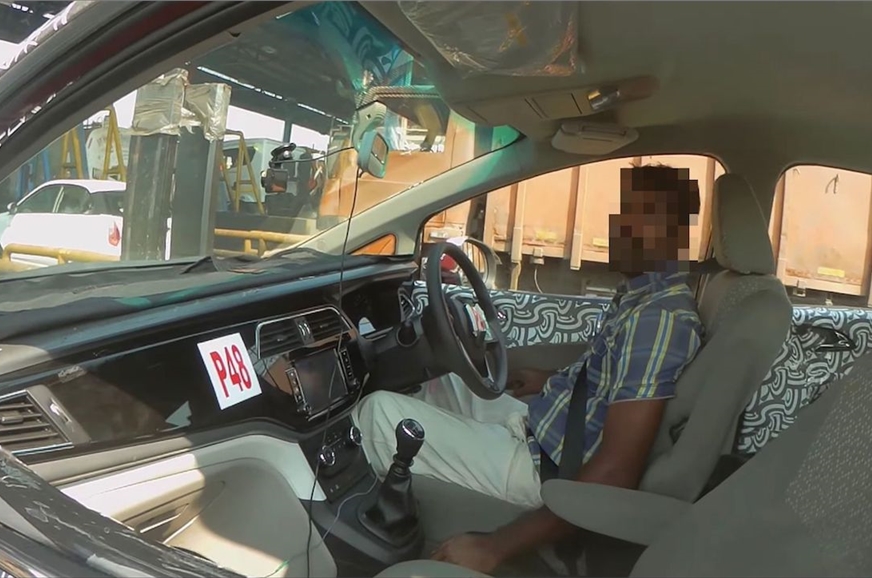 The spy images revealed that the MPV will be furnished with a dual tone dashboard which will be well equipped with bits of piano black trim. The dashboard will keep all-new steering wheel, chrome fitted trapezoidal AC vents at the top and a bunch of controls for audio along with a faux brushed aluminum trim. Moreover, the roller switches to control AC are also positioned near the vents. They also get chrome treatment. While the large touchscreen infotainment system is designated beneath the AC vents seems borrowed from the XUV500. As expected, the MPV will be featured with multiple AC vents to offer comfort for all three rows occupants as the vehicle will be provided in a seven and eight-seater option.

The earlier set of surfaced spy images those were showcasing the exterior of the MPV reveals that the model is ready to hit the market as it was furnished with the attributes such as market ready grille along with the projector headlamps, front fog lamps with LED DRLs and bumper at the front fascia. In addition to these, the components which complete the exterior of the MPV comprises four-wheel disc brakes, rear bumpers, alloy wheels and large tail-lamps with LED inserts. One of the differences that could be found between the MPV trims might be the inclusion of five spoke 16-inch alloy wheels which will be wrapped with chunky Apollo Apterrra tyres. 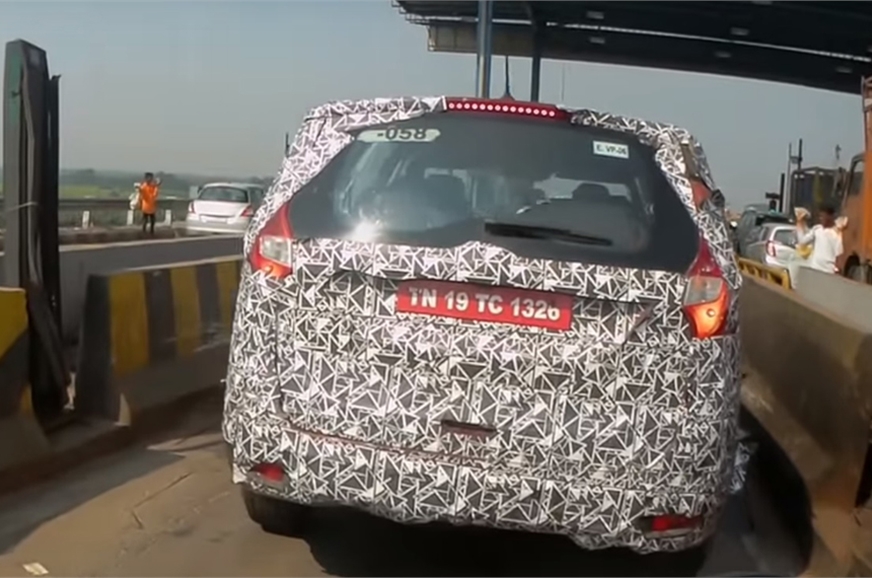 If the spied mule is compared with the Mahindra Imperio pickup, its headlight shape resembles the later mentioned trim. Whereas the fitment such as the bumper, hosting massive air intake looks comparatively taller. Also, it contains fog lamps. Other than this, the MPV follows the cab-forward shape and keeps shorter bonnets that indicates the availability of much space inside the cabin.

The powering for this new U321 MPV model has already been confirmed by the all-new 1.6-litre mFalcon diesel engine which will be seen in the brand’s future models.

Mahindra Confirms Next-gen, Will Not Participate in Auto Expo 2020
Views: 3873