Maruti has launched its new edition in the swift family, the 'Swift Dzire Tour' in India. New Dezire Tour is now available in petrol and diesel variants at a price of Rs 5.24 lakh and 5.99 lakh respectively (ex-showroom prices in Delhi). It is expected that Maruti will be launching a CNG variant of the car in the near future. The new Dezire Tour is based on the outgoing second generation Dzire (Swift Dzire compact sedan) and it is familiar with a “Dzire Tour', that means the next generation Dzire might follow a similar naming style.

The standard car has been featured with a black plastic mirrors, power windows, manual air conditioning and silver steel wheels. Inside the car, new Dzire Tour for the first time comes up with a dual- tone interiors with subtle faux wood trim. The detailed instrument cluster of the second generation car has been altered and now comes with a large digital display for the trip meters. On the outside, the standard car comes up with a black bumpers but can be painted to the body colour for an additional amount and there is no chrome package. 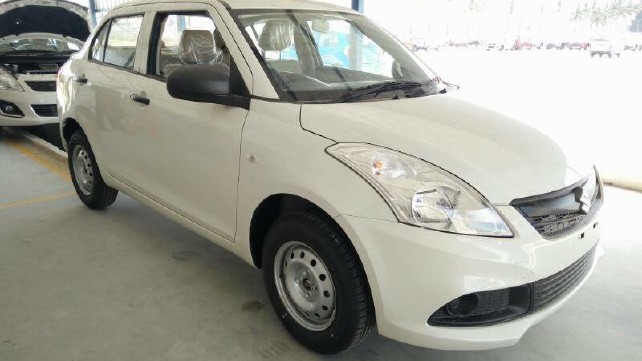