New Toyota Fortuner to be Launched in India on November 7

Leaving behind all the expectation from the country’s most conferring happiness festival, Toyota Kirloskar Motor is launching its new Fortuner on November 7 this year. Assuming the reason that could be the huge demand of this model which makes it an all time buying stuff, irrespective of Diwali. Longer and wider than the regular one, the new generation unit is being already sold on other global markets such as, Australia, Thailand, and South Africa. Now, it’s heading towards the Indian car segment with an aim to compete with the likes of newer the Ford Endeavour and the Chevrolet Trailblazer. 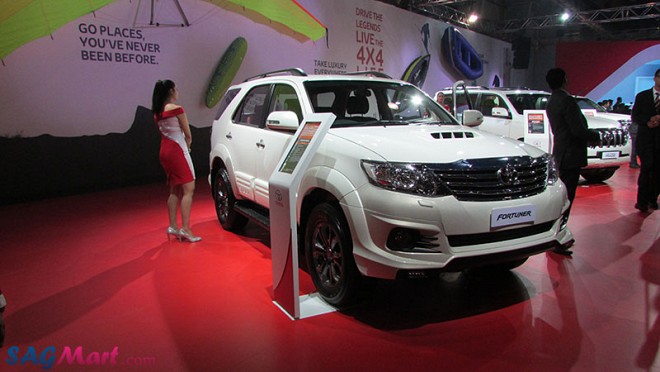 Talking about the powertrain, the 2016 Toyota Fortuner will be offered with both petrol and diesel engine options. The specification of the gasoline motors includes a 2.7-litre engine which is also driving the newly introduced Innova Crysta MPV. Moreover, it can lead the car with a maximum power of 166 Bhp along with a peak torque of 265 Nm. The diesel derivative, on the other hand, is likely to come up with two diesel trims - a 2.4-litre and a 2.8-litre. Where the lighter 2.4-litre 2GD-FTV diesel motor is good for generating 148 Bhp of power and a peak torque of 400 Nm, the heavier 2.8-litre 1GD-FTV unit can make the unit run with a 175 Bhp and 450 Nm of torque.

In addition, a six-speed manual or six-speed automatic are expected to be mated with its 2.4-litre diesel and the 2.7-litre petrol as options. Besides, the 2.8-litre diesel motor is slated to house only a six-speed automatic gearbox as well as get a four wheel drive configuration. The company’s latest 4WD system is known as Sigma 4 and it sports active traction control for all four axles, as the manufacturer said. 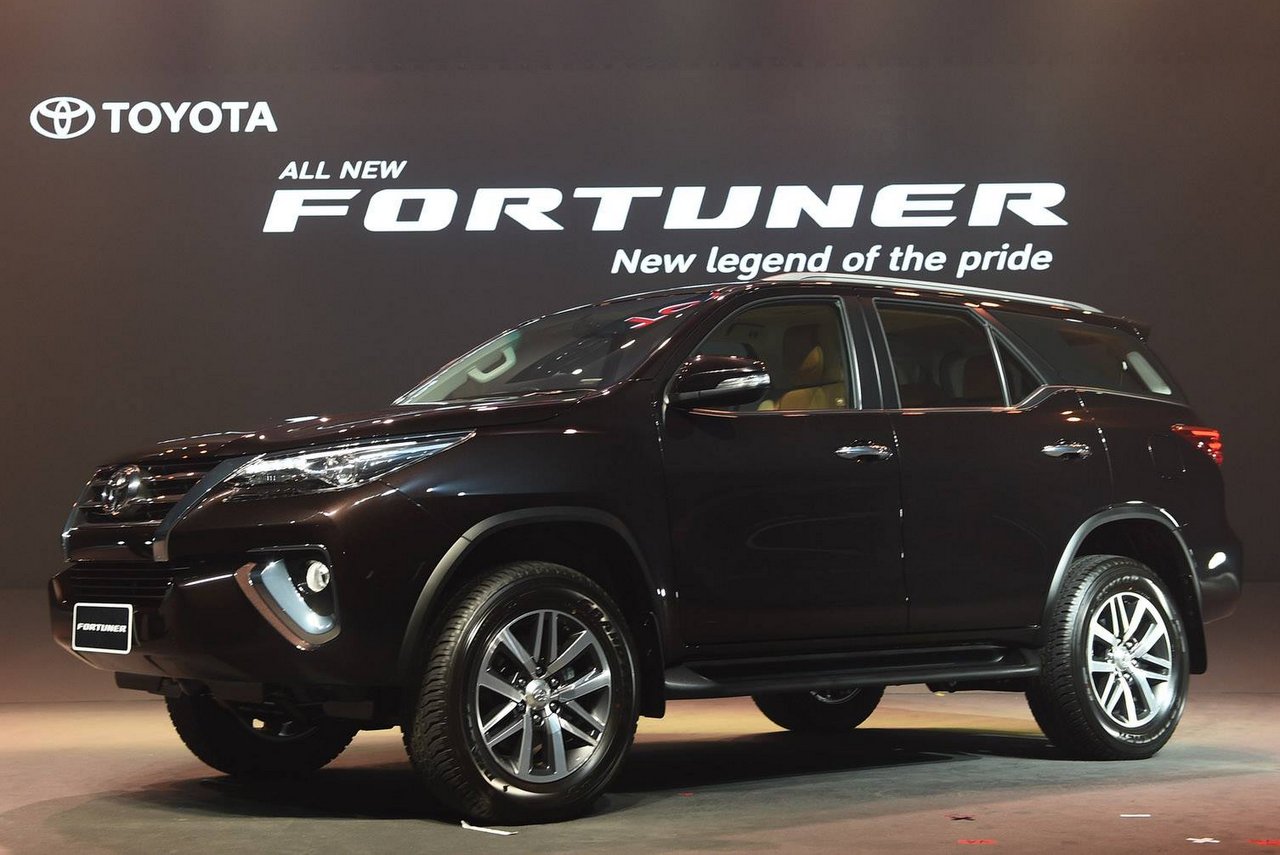 Based on a new architecture philosophy, the 2016 Fortuner looks totally different from its predecessor. Besides, It will also come out with a new ladder-frame chassis. As we have mentioned above, it is bigger in size from the regular one hence gets more comfort and better legroom as well as luggage room space.

Apart from these, it will receive a fresh three slat chrome grille flanked by segment first Bi-beam LED projector headlamps, LED daytime running lights, black plastic cladding, a redesigned bumper with chrome highlighted fog-lamps, and a roof-mounted spoiler. Moving to the side profile, it has squared-off wheel arches, and a set of 18-inch alloy wheels for diesel variants and 17-inch rims for petrol version. The rear end has also been restyled with sleek tail lamps in order to make it a more contemporary unit. 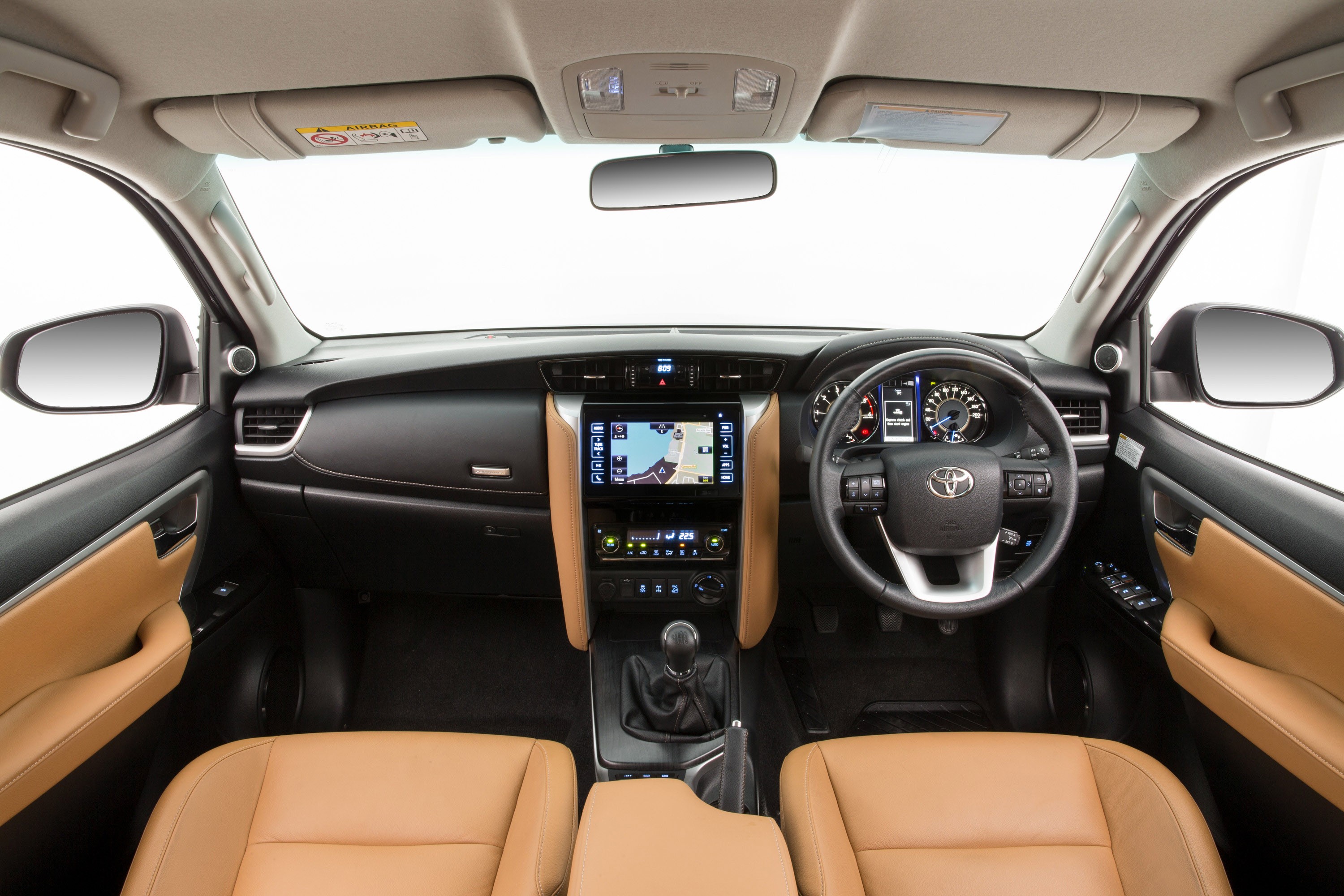 In terms of the interior, it is expected to carry more advanced and premium features inside the cabin as well as beige leather upholsteries to enhance the appeal of the cabin. Feature-wise, it will host a touchscreen infotainment system with USB and AUX-in connectivity and Bluetooth phone integration. Besides, automatic air-conditioning, steering mounted audio controls, cooled glove box, push-button start-stop,  one touch folding second row of seats and other will also be seen there on the list. For safety, it will be loaded with multiple airbags, Brake Assist, ABS with EBD, Hill start assist, and Vehicle Stability Control.

Pricing aspects have not released yet, but they will be revealed soon before to the launch. However, some reports are also claiming that pre-booking for the SUV has already been started across the dealerships at a token amount of INR one lakh with deliveries being promised to start by November second week.