The original Triumph Bonneville was manufactured by Triumph Engineering, which is based on the company's Triumph Tiger T110 that houses a 650cc displacement of engine and later, manufactured by the Norton Villiers between the year of 1959 and 1974. The T120 Bonneville was fitted with Amal monobloc carburetors, which is standard on this bike, the bike was so popular because of its dynamic performance and style.

In September 2001, the company has launched a new model, Bonneville 800 that received a 790cc engine. The new Bonneville was built on its earlier models including style and machine.

The Triumph will be showcasing it’s three new limited Edition Heritage bike in the INTERMOT 2014 show:

The 2014 Bonneville Spirit, it is a special edition that captures a new style to retain the original vintage and modern style. Moreover, the most likable feature is the dynamic Spirit Blue and New England White paint scheme on the fuel tank and rear mudguard, while the bike carries a premium black version that is based on the T100. Thus, the bike wears a basic headlight from the Scrambler, rims, fenders, rear view mirrors that is mounted on the handlebar, while it gets a short rear mudguard which comes from Thruxton.

The 2014 Bonneville Spirit is featured with a Nissin brakes, fuel injection system and KYB suspensions are pretty much standard in the bike. The current Bonne has an 865cc parallel twin engine that is capable of producing 67HP of power at 7500RPM and 68Nm of torque at 5800RPM. The power sends to the rear wheel via five speed gearbox.

The Special Edition of the Bonneville Newchurch featuring everything new to an off-road. The new model will appear with fresh new contemporary paint schemes, a low seat in black, round headlamp and alloy wheels, while the hand painted petrol with ‘Triumph’ logo give it a different look. The bike is available in Cranberry Red / Pure White or Sapphire Blue / Pure White shades.

The Bonneville  T214 is the Limited Edition of Triumph’s. The company will only be selling 1000 units worldwide, starting in October, 2014. The new Bonneville T214 gets a special paint scheme featuring a blue and white tank, a blue painted front mudguard with the white star gives a superior look to the bike. The bike features a black out wheel rims, rear suspension springs, handlebars and seat gives it a heritage look to the bike. 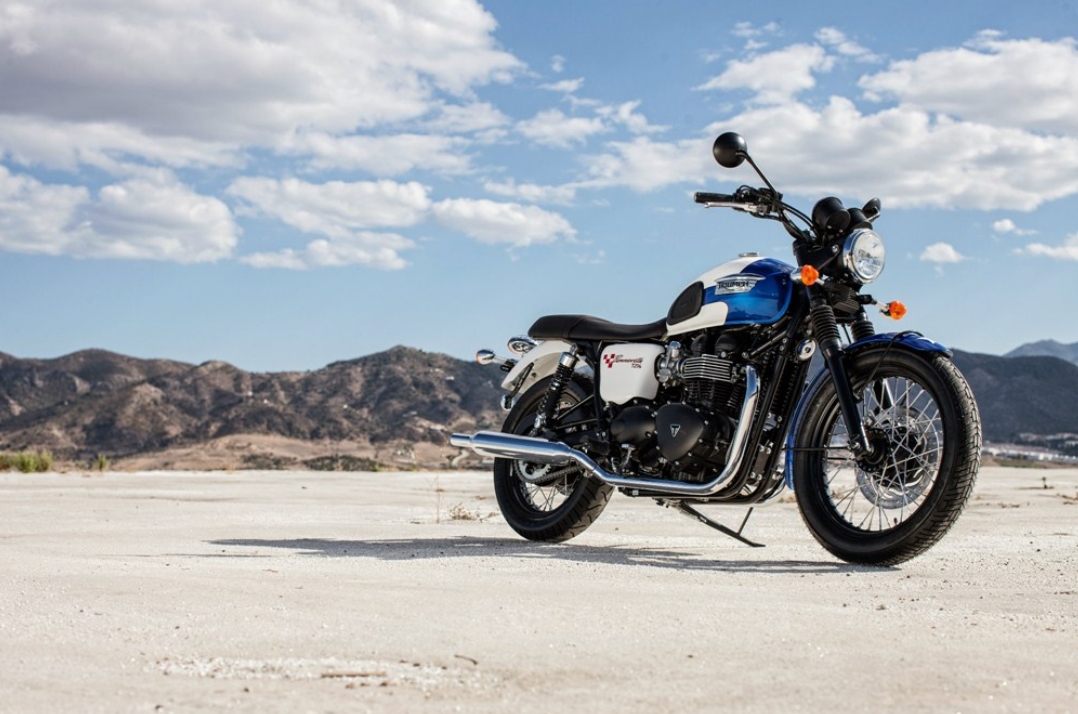