Spy Features of The Next-gen Kia Sorento Got Revealed

The Next-gen Kia Sorento is coming with a roar to battle the rivals like Hyundai Santa Fe and Skoda Kodiaq in the SUV section. The SUV is expected to be offering features like plug-in hybrid powertrain which is the USP for this brand new model in the International market.

Read Also:- Kia Compact SUV Likely to Get Unveiled in 2020

The Spy images have been captured from Southern Korea where the SUV, the next-generation Kia Sorento, was undergoing testing. The SUV is differently designed and is equipped with a new powertrain option. Few of the key design elements of this new SUV got revealed, despite being camouflaged.

A more angular and upright design would be differentiating the next-gen Kia Sorento from any outgoing models so that it could match up with the brand’s flagship SUV, the Kia Telluride. The ‘Tiger Nose’ kind of front grille and Black alloy wheels, which are basic features offered by Kia would also be Sorento’s indifferent feature. 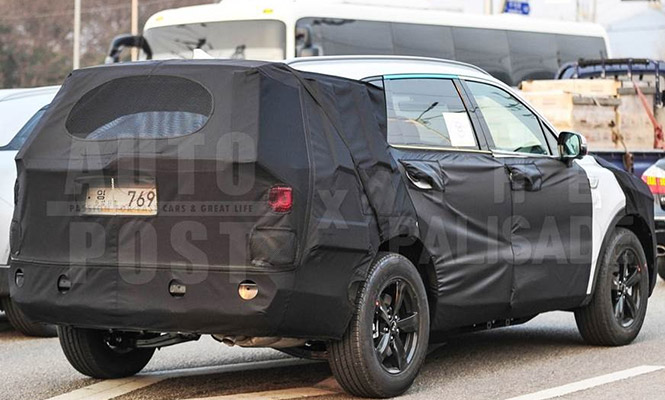 Kia seems to be offering for the first time, a hybrid and a plug-in hybrid variant with its Sorento. This Korean carmaker is also expected to offer one of its variant which would be a hydrogen-powered fuel-cell variant which would be featuring a solar panel charging system over the roof. Kia is bringing this new SUV with the conventional engine only.

Looking back, the current-gen Sorento model was displayed by Kia in India at the Auto Expo 2018. It was showcased at the dealer roadshows conducted by Kia in August 2017. It was spied on Indian roads. As of now, no official announcement has yet been made for the next-gen Sorento’s arrival in India. Kia’s First model to be displayed in India would be production-spec SP2i SUV which would be in news in the latter half of this year.