Another cruiser motorcycle manufacturer is readying to enter the Indian shores anytime soon. The India based FAB Motors (Fabulous and Beyond Motors), which comes under the subsidiary of Fabulous and Beyond Enterprise. The US based Regal Raptor is a 25 year old cruiser manufacturing company, which has been offering its products in various other countries such as Sri Lanka, UAE, Saudi Arabia, Nepal, Bhutan, etc. The US based manufacturer has made an announcement at the Hyderabad International Auto Show 2015, that they will be going to launch three new cruisers for the Indian market. 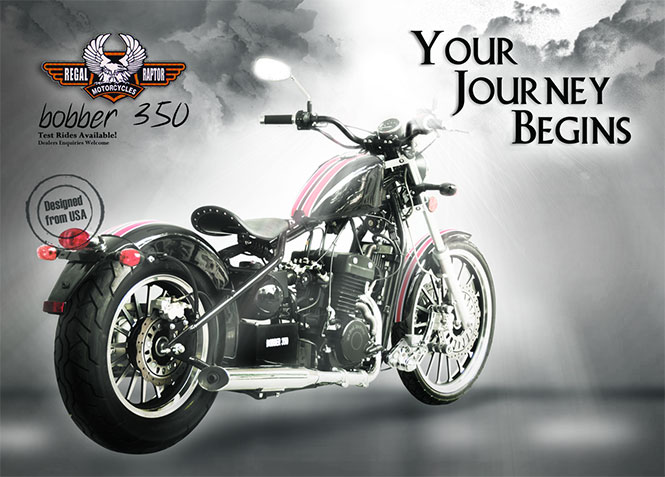 The three newcomers of the Regal Raptor would be the Regal Raptor Daytona 350, DD 350E 9B and Bobber 350. All the three cruisers motorcycles are powered by the very same twin-cylinder motor configuration carrying an engine displacement of 320cc. The water-cooled engine is mated to 5-speed transmission and is tuned to generate a maximum power of 22.8 BHP and achieves a peak torque of 22 Nm. 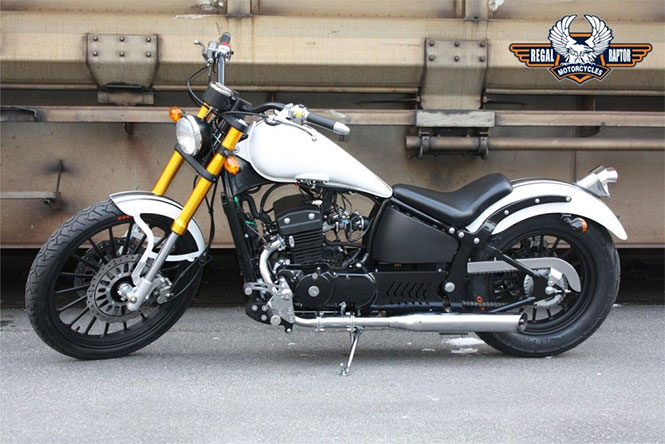 The cruisers are built around a metal frame and the suspension duties have been taken care by Telescopic hydraulic shock absorber at both, front and rear. The stopping power is provided by the disc brakes on both front and rear tyre. The upcoming motorcycles would be making their way towards the Indian shores via the CKD (Completely Knocked Down) route and will be landing in Hyderabad, India. Apart from the introduction of these three cruiser motorcycles, the firm has also announced to inaugurate a new manufacturing facility in Telangana, India with a total investment of Rs 1000 Cr. The new plant would probably get started in next four years.