As the Make in India Event is Going on, many carmakers are indulged into making big announcements regarding business expansion and export policy. Meanwhile, the MD and CEO of Renault India, Sumit Sawhney, confirmed that the company will start exporting the Renault Kwid to Sri Lanka from next month. 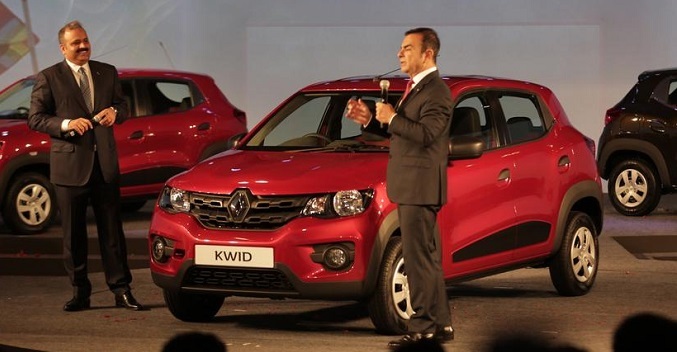 Later on, the company will target other SAARC nations like Nepal, Bhutan and Bangladesh. However, the company is not expecting much demands from the country as the prices get increased due to the application of heavy import duties. Moreover, the company has not revealed the engine variant that will be exported to Sri Lanka. Either, the automaker will export the same t 0.8L Renault Kwid or install a new 1.0L manual and AMT variants, as seen at the 2016 Delhi Auto Expo.

The 799cc, 0.8 Litre engine produces a maximum power of 54 hp and a peak torque of 72 Nm. The engine comes paired to a 5-speed manual gearbox. The power figures of the 1.0L engine variant is yet to be revealed. The company will manufacture the Kwid under 98% of localisation. The French Automobile maker believes that India will be the best production hub for making Kwid, and it would be easy to do business from there.

Recommended: VW Ameo Gets Displayed at the Make In India Event