Report: Mercedes to Launch a Baby Version of G-Wagen

Despite having a range from mini two-seater luxury roadsters to five-door premium sedans and entry-level hatchbacks to full sized monster SUVs, Mercedes is still thinking to enlarge its portfolio by introducing some new offerings. It was just a couple of weeks ago when we had witnessed an all-new 6-meters long ultra-luxury car, the Vision Mercedes-Maybach 6 and now a fresh news is coming about a new Baby G-Wagen unit. Reportedly, the automaker has already started working on this smaller and cheaper version of the G-class that will be introduced to the market by the year 2019.

According to Auto Express, this new variant will come to fill the gap between the smaller GLA crossover and the gigantic GLC. But, unlike wearing brand new costumes, it will share the design with G-class and come as a baby sibling to the G-Wagen. 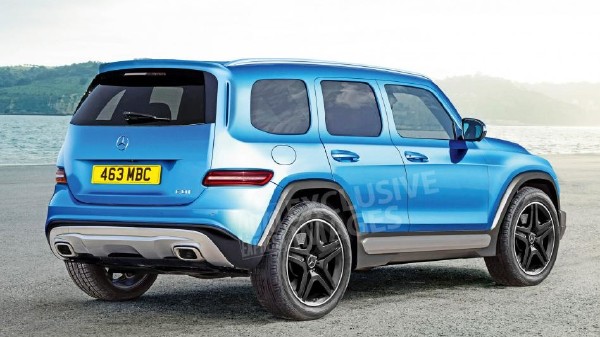 If the reports are to be believed, the 2019 GLB will remind you the journey of both G-class and modern crossover unit by bringing up the similar design cues as well as will be drawn heavily from the Ener-G-Force concept, which was unveiled at the LA Motor Show in 2012. Further, it is also slated to stand at Mercedes’s new MFA2 platform, which will also bless the next generation A-Class in 2018 and GLA in 2019. Along with this architecture, it is also claimed to be lighter and stronger variant against the current one.

Being based on the fresh MFA2 platform, it is also expected to get powered by a new 2.0L diesel engine range, which first came under the hood of latest generation E-Class Saloon, with a power output lying in the bucket of 160 Bhp to 190 Bhp. The motor will be mated to a 9-speed automatic gearbox to send the power at all four corners. Front-wheel drive version is like to be there as well. The top-of-the-spec GLB 45 AMG would be fitted with 400 Bhp, 2.0-litre trim.