ABS stands for Anti-Lock Braking System is going to be a required component for two-wheelers across India. With effect from April 2019, the BS-VI emission norms compel automakers to pack their two-wheelers with ABS as a standard unit (Engine Displacement ≳125cc). In-line with the government's deadline of April 1, 2019, Royal Enfield has rolled out models like the Classic 350 Signals Edition with Anti-Lock Brakes (ABS) and now moving ahead with the standard variants of the Classic 350 as well. 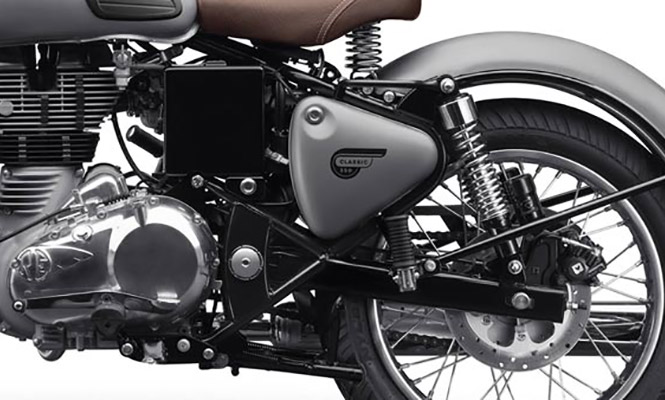 Furthermore, the Classic 350 continues with similar mechanicals. The 346cc single-cylinder, air-cooled engine is rated to generate the propelling power of 19.8bhp along with 28Nm of peak torque. All the power output is transferred to the rear wheel via a mated 5-speed gearbox. While the cruiser gets suspended over the conventional telescopic forks up front and twin shock absorbers at the rear. Other than the Classic 350 which recently get updated with ABS, there are other models which are already being offered with this feature as standard, are the Classic 500 and the Himalayan range of motorcycles. In addition to this, the upcoming Royal Enfield Interceptor 650 and Continental GT 650 will be launched with dual channel ABS as standard right from their launch.

Both of these models are slated to hit the country on November 14, 2018. As we reported earlier, the pre-bookings for these models have been commenced at select dealerships across the country. Here, the bikes in question are subjected to carry the price tag around INR 3 lakh (ex-showroom) that will pose them firmly in the segment with such aggressive pricing.

The middleweight cruiser segment in India is witnessing rise with Royal Enfield on displacement perspective. While the Mahindra is seeking to introduce two retro classics developed under Jawa Motorcycles umbrella. The new Jawa Motorcycles will feature a newly developed 296cc engine which will pose a direct competition against the Classic 350 and likes.

Royal Enfield Bullet 350 Trails: What Else One Can Buy in Similar Pricing?
Views: 1952