It has been in news for a long time, that a more powerful Royal Enfield Continental GT iteration is under development. And recently it has been spied while undergoing test runs in Chennai. The motorcycle is likely to be christened as the GT 750. 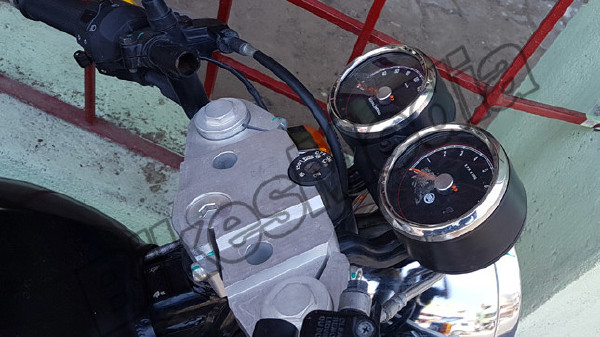 Based on the similar chassis of the ongoing Continental GT, the forthcoming 750 GT also gets an extended sub frame. While the loaded powertrain on the chassis is a 750cc twin-cylinder engine. Reportedly, it has been found that RE will make use of oil-cooling in place of liquid cooling for the mill. It is expected that motor will generate power around 45-60bhp as compared to the current 535cc mill.

From the spy images, the witnessed components on the Royal Enfield Continental GT 750 test mule include clubman handlebars far different from the clip-ons on the current 535 GT. A tachometer with single digits rev count, which is similar to the test mule spied in Europe. As the India-spec tachometer gets tens digits rev count. Other than this, it is also speculated the motorcycle will be featured with lots of similar components of the global spec model. 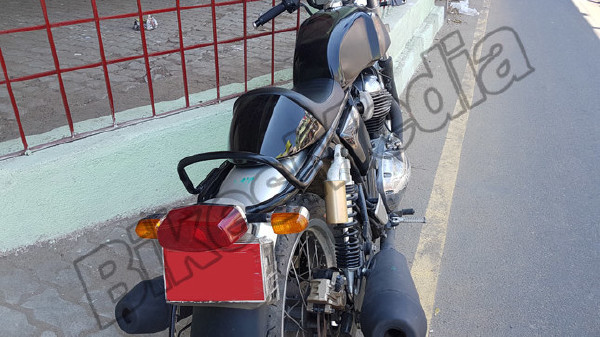 A close observation makes several other changes evident like dual exhausts and left-hand side placed chain and sprocket which are different from the 535. Other attention seeking components are slight higher placed rear turn indicators and rear gas charged shock absorbers on the spied mule than the current one. We can see 17-inch spoked wheels wrapped with a 120 section front tire and a 160 section wheel at the rear. 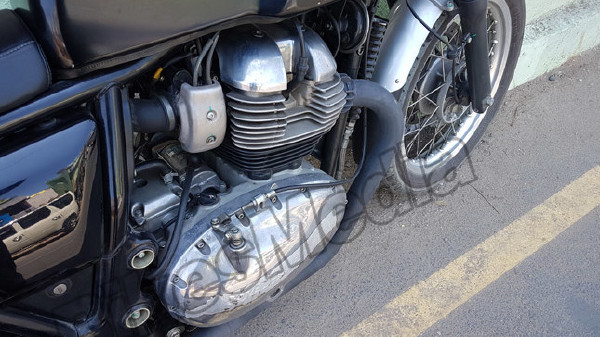 The Indian launch of this Continental GT 750 is not decided yet. But as the company’s plan was of launching a new product every year. It is expected that this model can hit the Indian market by the end of this year. In terms of rivalry, it will go head to head with the likes of Harley-Davidson Street 750 and the Triumph Street Twin in the Indian market.

Royal Enfield Bullet 350 Trails: What Else One Can Buy in Similar Pricing?
Views: 1384