After creating so much of the hoopla, the Royal Enfield Himalayan finally confirms its existence in the real world; as, the upcoming motorcycle was being spotted testing over the Indian tarmac for the first time. The mystery of having a 400cc displaced cruiser now come to an end, as the under-development motorcycle was snapped over the highway following some banana plantations somewhere in Southern part of India. The recent launch of the Royal Enfield is the Continental GT, which was being introduced back in the year, 2013. Initially, it was introduced in Red and Yellow paint scheme. Following the success steps of the motorcycle, the firm has introduced a Black color edition as well. 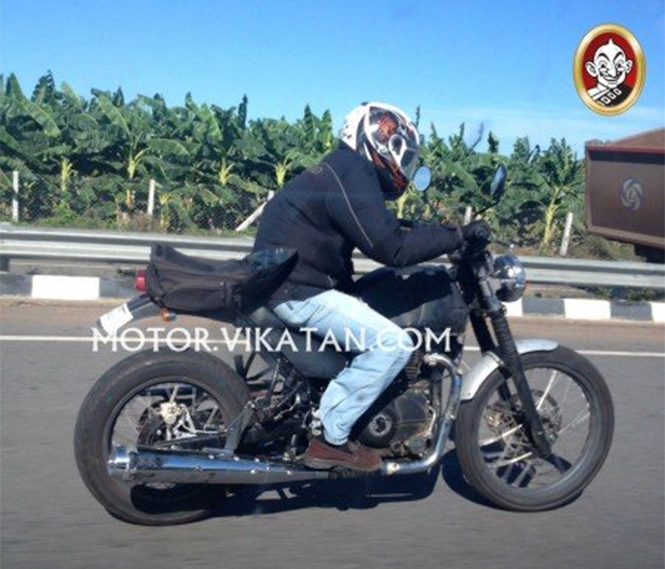 Moving towards the upcoming Royal Enfield Himalayan, leaving the mundane version of the 350cc displaced engine, it is expected to acquire a 400cc displaced motor; with more power. As the name indicates, it would definitely come out as an Adventure cruiser motorcycle. By having a close look on the spied images, it can be easily fetched out that the under testing motorcycle is equipped with a newly designed and tuned engine. 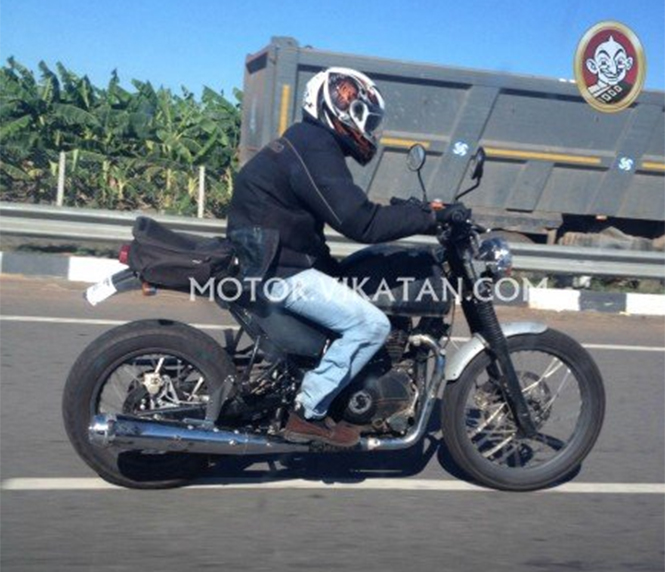 The firm is also planning to introduce a twin-cylinder engined motorcycle carrying an engine displacement of around 750cc. But, it seems that currently the maker is working over the 410cc Adventure cruiser motorcycle. The company is looking forward to invest an amount of Rs 500 crores for the line-up expansion and to set-up two new technology centers, in terms to provide improved quality products and better service facility. 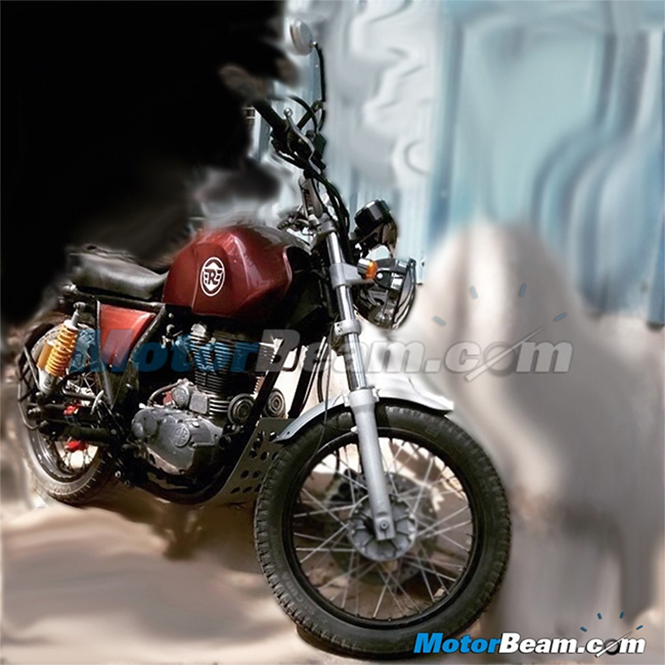 Being an adventure cruiser machine, the Royal Enfield Himalayan flaunts a little bit of off-road qualities. It has acquired monoshock suspensions at the rear, wire-spoke wheels, blacked out front forks, disc brakes at both front and rear; and steel braided brake lines. The raised handle-bar, short rear mud-guard, chrome-plated exhaust tail, round-shaped rear-view mirrors and headlamp are some of the highlighted parts of the upcoming motorcycle. The high-positioned rear seat is coming up with additional set-up, which can apparently be adjusted later if required. The Royal Enfield Himalayan is expected to make its entry in the Indian two-wheeler industry carrying an approx price tag of Rs 2.5-2.75 Lacs.

Stay tuned with SAGMart for more information about the launching of the Royal Enfield Himalayan.

No Down Payment on Royal Enfield Motorcycles: Jawa Effect
Views: 2129

Royal Enfield Continental GT535 to be Discontinued to Make Way for the Upcoming GT650
Views: 7255