Skoda has revealed the Karoq Scout, which is an off-road focused variant of the Karoq compact SUV. The new SUV is scheduled to make its international debut at the upcoming 2018 Paris Motor Show in October. The Karoq Scout has been unveiled as a more rugged variant of the standard SUV with special exteriors to give it a masculine appearance.

In terms of exterior, the new Karoq features the standard four-wheel drive but with new 18-inch ‘Barga’ alloy wheels, along with the optional 19-inch ‘Crater’ alloys. Other exterior modifications include tinted and chrome-lined windows, ‘SCOUT’ logo marking on the mudguards and silver body cladding. 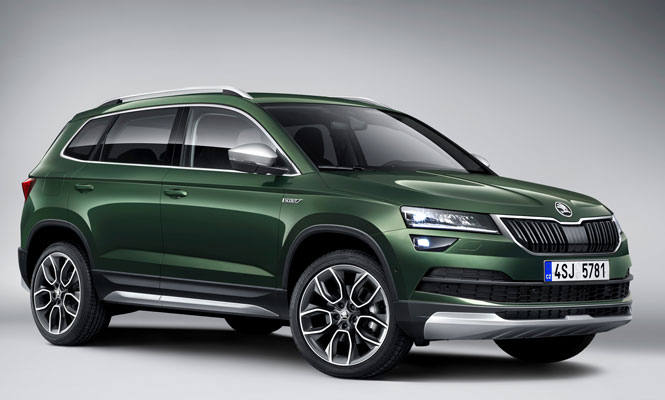 As for the interior, the SUV doesn’t get many major updates. The black seat covers of the standard model have been replaced with new black-brown contrast seams with ‘SCOUT’ lettering embroidered on them. The steering wheel is leather-wrapped and offers multifunctionality. The Scout SUV also gets new pedals with LED ambient lighting and stainless steel elements that righteously sets it apart from the standard version. The Karoq Scout will also get a virtual cockpit all-digital dashboard as standard.

On the power side, the SUV gets a 1.5-litre TSI petrol engine with a 7-speed dual-clutch transmission (DSG), the same as the standard Karoq. The engine is capable of producing 150PS power. It will also be integrated with a 2.0-litre diesel engine in two tune states. The diesel engine produces 150PS power in the lower tuning state and up to 190PS power in the higher tune. It has been coupled with a 6-speed manual transmission and a 7-speed DSG. 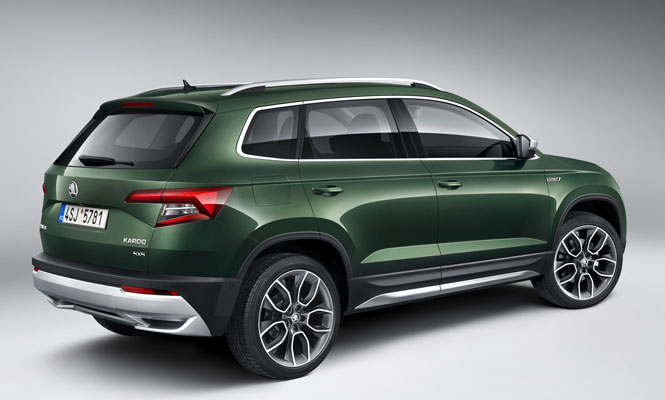 As mentioned above, the Skoda Karoq Scout will be revealed in at the upcoming Paris Motor Show in October 2018. The global sale is expected to begin by the end of this year. While the standard Karoq is confirmed to be launched in India by next year, it is unclear whether India will get the Scout variant or not.

Audi, Lamborghini, Porsche, Skoda, VW To Merge In One Entity Under One Leadership
Views: 1254