So, we are here to get some glimpse of all new Jeep wrangler Unlimited edition pickup, which has been caught from the eyes of an enthusiast. We have heard all the rumours during previous years & now it is officially clear that an improved version of Jeep pickup will be soon added into the fleet of generation next Wrangler series.

The long wheel base with an impressive pickup bed, looks very much similar to the AEV Brute Double Cab & the tail lights appear magnificent. There was low aerodynamics before & still continued to same with the narrow ribs spacing. It might be air shutter which is controlling the airflow which is fitter on Ram pickups. But the off road tyres & wing mirrors look similar to the previous sibling.

The engine pre assumptions is surfaced to be either a hybrid powertrain or an EcoDiesel engine & a turbocharged four-cylinder dubbed as Hurricane. There is no fix point to conclude whether these assumption will fall in the line but the pretty much close are diesel & gasoline engine. 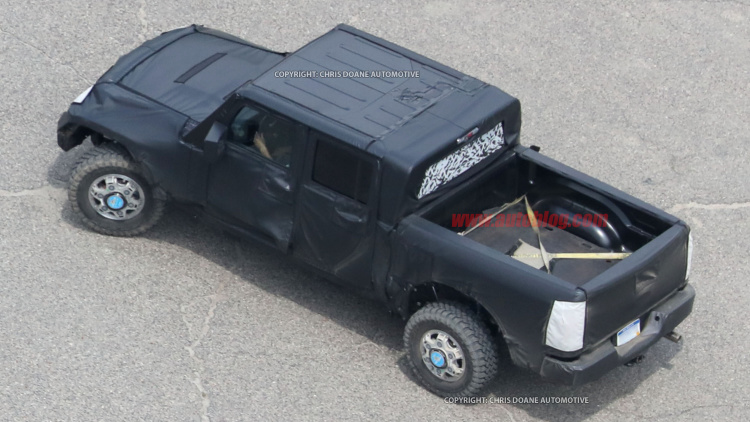 From the interior snaps, we can assume that the powertrains will be using 8 speed automatic transmission & the tuned aerodynamics will help the pickup to enhance its performance . The looks part will be from the wranglers league i.e. rough & bold. Expected arrival of both versions of wrangler, two door – four door are slotted around 2018 & 2019 respectively. It will first arrive in countries like USA, Latin america, Europe & Australia. No speculations have been collected for it to land here on the Indian shores up till now.