Top Awesome Bikes that Roll Out the Riders in 2015

The zeal of the bikes is spreading among the enthusiasts day by day therefore, the international and domestic players have also shown their interest by launching glorious products in 2015 in the domestic market. Here, we come with top motorcycles, which have been receiving an appreciable affection from the suitor as the bikes have been made a lot of hullabaloo and got a big success in the country. 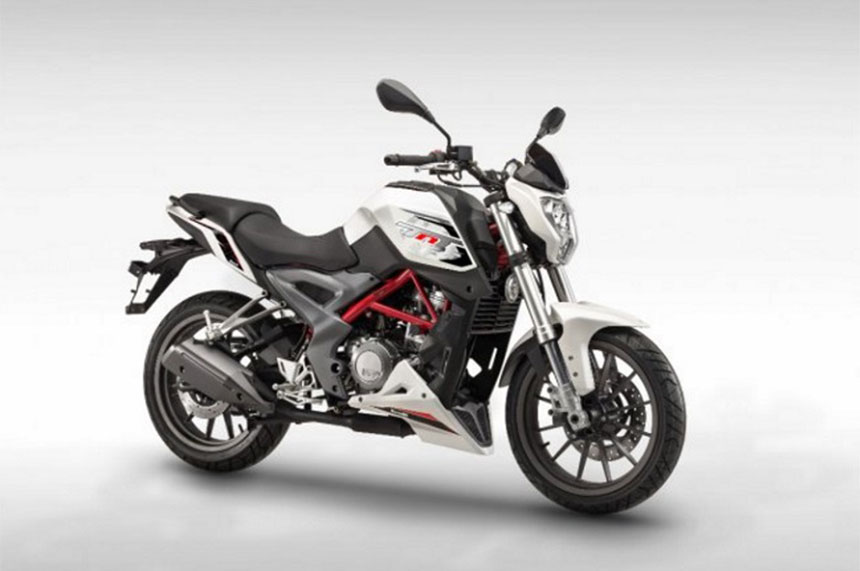 The Italian manufacturer, Benelli is extended the Indian line-up in last month of the 2015 as the company has launched a new naked motorcycle, Benelli TNT 25 in the December with the collaboration of its Indian arms, DSK. The bike has been priced at price tag of INR 1.68 Lakh. It is a lightweight naked bike that looks like its elder sibling TNT 300 as it is borrowed cues from TNT 300. It captures much attention of the followers by its noteworthy components such as multi-spoke alloy wheels, sculpted tank, split seat and side slung exhaust and semi digital instrument panel. Being a most affordable bike, it is the first motorcycle that houses a single-cylinder motor from the Benelli. Moreover, the motorcycle is featured with a a 249cc, single-cylinder, liquid-cooled engine that develops 28.16 BHP and a spire torque of 21.61Nm. 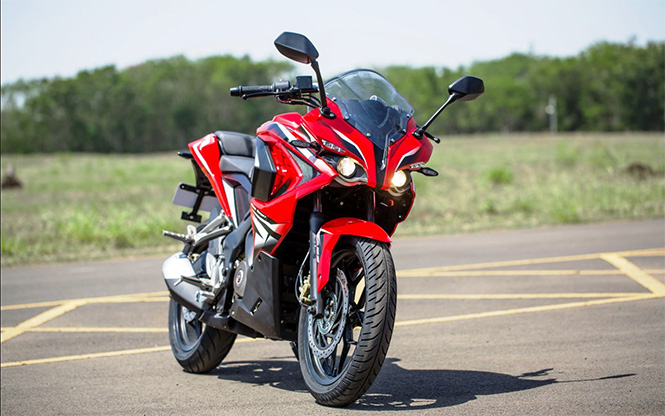 The Indian maker, Bajaj has launched first time a fully faired bike, the Pulsar RS200 with the price tag of INR 1,26,310 (Ex-showroom, Mumbai) that is extended the Pulsar portfolio. The most anticipated motorcycle gets clip-on handlebars that enhance your riding experience. Its aggressive look attracts the buyers. Before its launching, it has been seen that the customers were demanding of the bike therefore, the company had to increase just double production of the bike and it has made a record of sales. The motorcycle is powered by a 200cc, fuel-injected and one-cylinder engine that makes a maximum power of 24.50 BHP at 9,750 RPM and a peak torque of 18.60 Nm at 8,000 RPM. 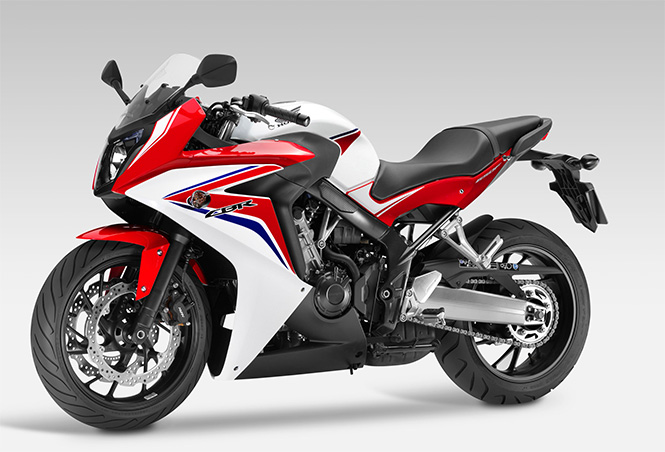 HMSI gives a gift to Indian enthusiasts who love racing bikes as the Japanese manufacturer has launched a new racing DNA inspired sports bike named, Honda CBR 650F at a price tag of INR 7.3 Lakh. It gets ratting look as it is featured with bulky muscular fuel tank, v shaped headlight, sharp edges, semi-larger wind shield and stepped single seat. It gives a dynamic performance as it is loaded with 649cc and liquid cooled motor that produces 85.3BHP and a vertex torque of 63 Nm. CBR 650F does not despair you in terms of performance and quick throttle response. 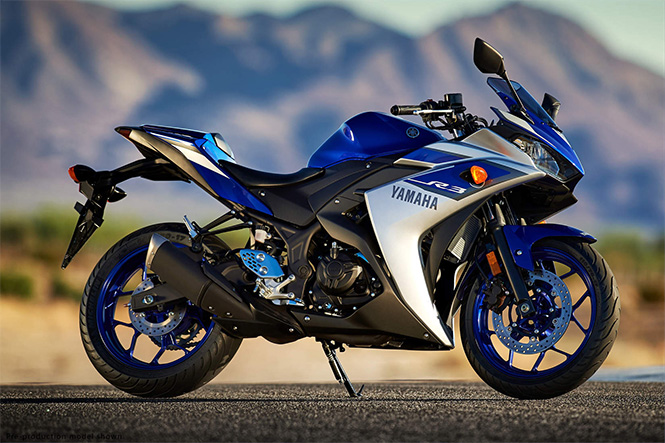 The Japanese giant, Yamaha India is extended the marque of R series as the company has introduced the new light-weight motorcycle, Yamaha YZF-R3. It has been priced at INR 3.25 lakh. It gets the power from a new developed 321cc, liquid-cooled, 4stroke and fuel-injected engine that churns out the maximum power of 41.4 BHP and peak torque of 29.6 Nm. It houses a concrete combination of world-class leading power and a middleweight body frame that receives an incredible riding performance. It also gets a muscular fuel tank and much sharper edges that offer a grumpy look whereby every viewer becomes a die heart fan of the bike. Its compact handlebar, rear seat foot-pegs and split seats give a sporty look and dynamic balancing power on the trace. 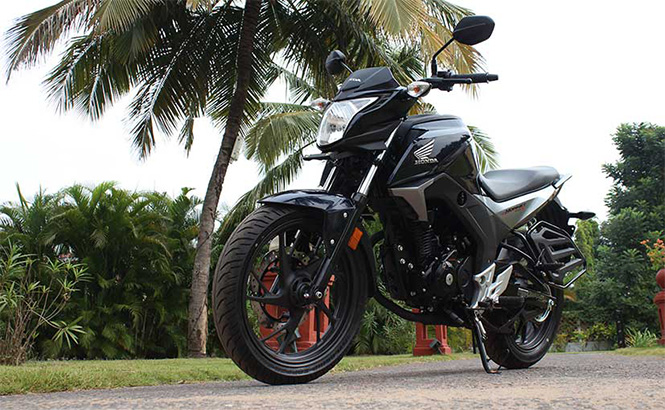 The renowned name of Japanese two wheeler maker in the automobile industry, Honda India gives a package of surprises to the buyers by launching a commuter motorcycle in the country at a price tag of INR 84,400 (Ex-showroom, Delhi). Being an entry level motorcycle, it is a pure street bike that comes with muscular and rigged looking body design. It is inspired the design part from the Honda CX-o1 that was shown at the 2104 Auto Expo. Honda CB Hornet 160R sports 162.71cc, single cylinder engine that is responsible to generate maximum power 15.66 BHP at 8,500 RPM and a vertex torque of 14.76 Nm at 6,500 RPM. The motorcycle gives a dynamic performance and decent mileage of 50 KMPL as it is incorporated with Honda Eco Technology (HET). The motorcycle is given a good response in sale figure. Over-all, CB Hornet 160R is complete value for the money. 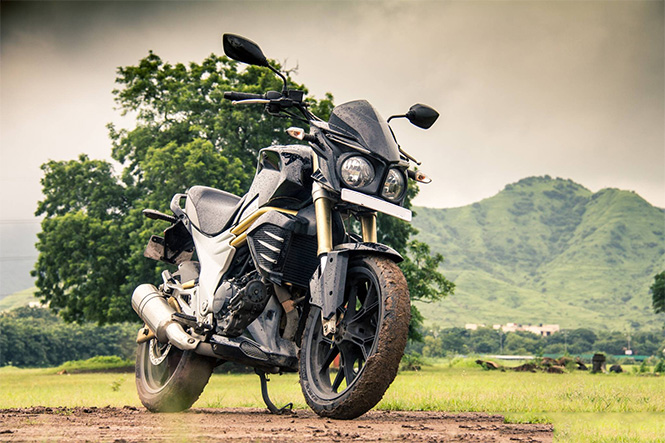 Mahindra Mojo that was a most awaited motorcycle of till now. It had been showcased in 2011 first time and after that the bike has been launched in 2015 at a price tag of 1.63 lakh by the domestic maker, Mahindra two wheelers. The Indian enthusiasts have waited a lot of to ride the bike. The motorcycle gives a stunning look as it is featured with twin circular headlamps with golden circle. Being a tourer bike, its wider handlebars and single stepped seats are responsible to give a comfortable riding to the rider for long distance. Mojo also comes with twin chrome finished exhaust pipes. The golden color has been finished on many parts of bikes such as front suspensions and under fuel tank pipes that gives a classic touch to the Mojo. It is powered by a 295cc and single cylinder engine that produces a peak power of 26.82 BHP at 8,000 RPM and utmost torque of 30 NM at 5,500 RPM. 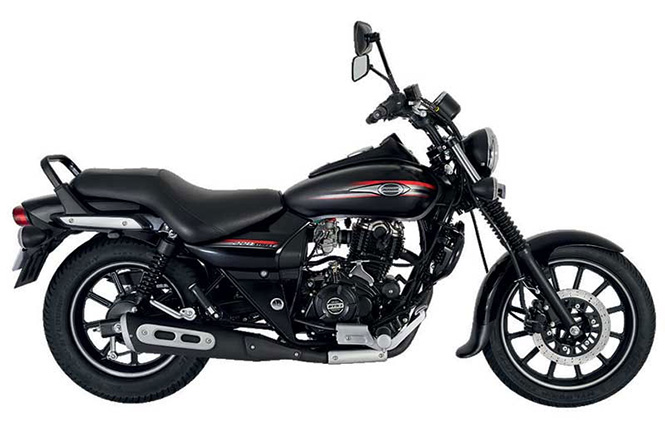 While talking about the Baja Avenger, the home manufacturer, Bajaj has created a lot of hubbub in the automobile sector in 2015 by launching a new updated machine, the Avenger Street 220 at a price tag of INR 84,000 (Ex-showroom, Delhi). The premium cruiser Avenger Street 200 takes a special place in the heart of the cruiser enthusiasts. It offers comfortable riding to the rider as it is featured with forward set foot pegs and blackened street control handlebar. It also gets wider rear tyre and new semi digital instrument console. The Street 220 is also powered by same 219.9cc and single cylinder engine. The motor is mated to a 5 speed transmission that uses to transfer total power to the rear wheel. The cruiser motorcycle gives a rigged performance and mileage of 35-40 KMPL as it is in-housed with DTS-I technology. 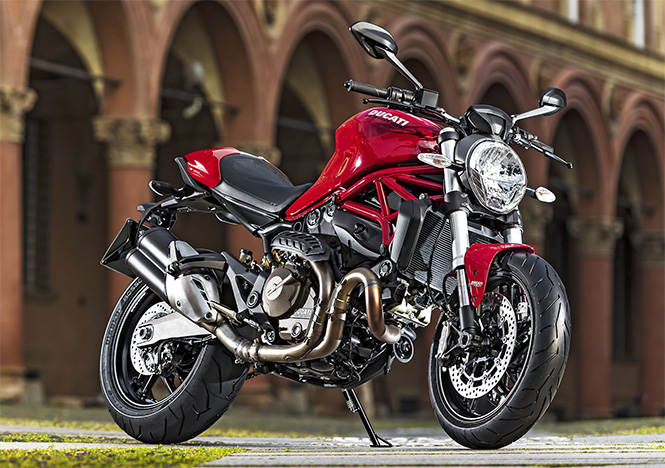 The Italian famed name, Ducati that is known as manufacturer of super bikes. The Ducati has launched an iconic style and ultimate riding pleasure motorcycle, Ducati Monster 821 in the nation with the price tag of INR 9.81 lakh. It gets adventurous and simple edges that offer a marvelous look to the bike. It is designed with premium elements and advanced technologies of Ducati. It is a stylish, aggressive and bulky motorcycle that makes compelled to attract towards itself. The stunning motorcycle sports innovative adjustable seat height that provides a comfortable riding position. The motorcycle delivers the power with the help of 821cc and liquid motor. The Testastretta 11 degree V-twin engine produces a maximum power of 112 BHP and a peak torque of 89.34 Nm. Moreover, it is peerless monster that captures a lot of attention of follower wherever the bike goes