Tork T6X All-Electric Motorcycle To Launch in Couple of Months

Get ready to enjoy the first ever Indian made Electric Motorcycle named Tork T6X, manufactured by a Pune-based startup which is all set to launch their production version of the fifth prototype. The Tork T6X will bring a change in the two-wheeler segment that runs on battery.

The main investors are the Ola head Ankit Bhati and Bhavesh Agrawal whereas partly funded by entrepreneur Kapil Shelke and his father. Talking about the financial stand, the Mr. Kapil has cleared that there is no foreign resource deployed nor any technology been used, even the lithium battery packs will be fortified within Indian geography. 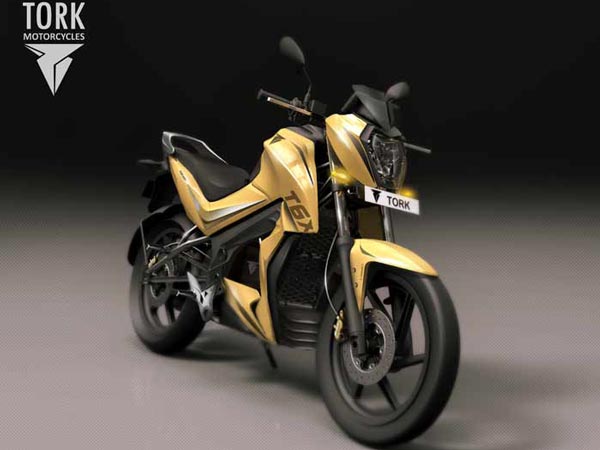 The Yamaha FZ variant Tork T6X is capable of reaching a top speed of 85kmph and can mark a milestone of 100 km on a single charge. There are other goals on the head of the company including of setting up 2 public charging stations in Pune and Lonavala and the long term counts for 100 charging stations across Pune Bangalore and Delhi.

Next turn would be of Hyderabad and Mumbai. The Entrepreneur Shilke told that “the manufacturing facility at Chakan with a capacity of 50,000 units per annum is almost complete and the company is adequately funded to commence production.”

The only timeline on which the Tork T6X is waiting for is ARAI approval and clearing that the bike would surface the market within two months. The company expects to sell nearly 10,000 Tork T6X within its first year of launch.

Royal Enfield Electric Motorcycle is Under Development in the UK
Views: 691

Harley is All set to Debut Electric Motorcycle Within 18 Months
Views: 1478