Toyota Innova Crysta Touring Sport India Launch Due for May 4, 2017

Toyota India is gearing up to add a performance-focused variant to its best selling car in the MPV segment, Innova Crysta under the moniker of ‘Touring Sport’. A report on Autocar India states that carmaker will launch the Toyota Innova Crysta Touring Sport in India on May 4, 2017. However, the similar spec variant has already been on sale in the Indonesian market under the name of ‘Venturer’ and the Indian-spec variant will be based on the same. 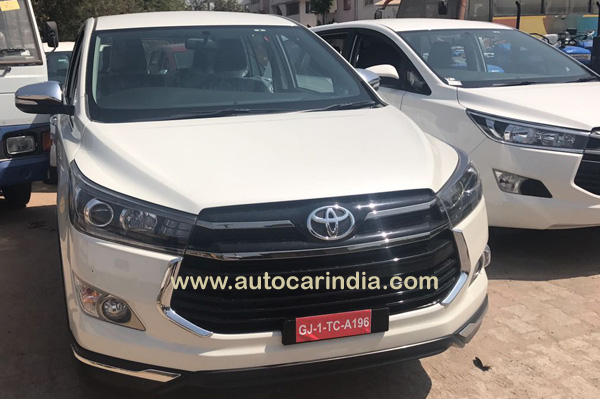 The latest spy shots reveal that the new Touring Sport is in India-spec version. Further, the images describe that on the exterior, the new performance version Innova Crysta boasts of black body cladding on the bumper and wheel arches along with side skirts that further enhance the muscular appearance of the MPV. 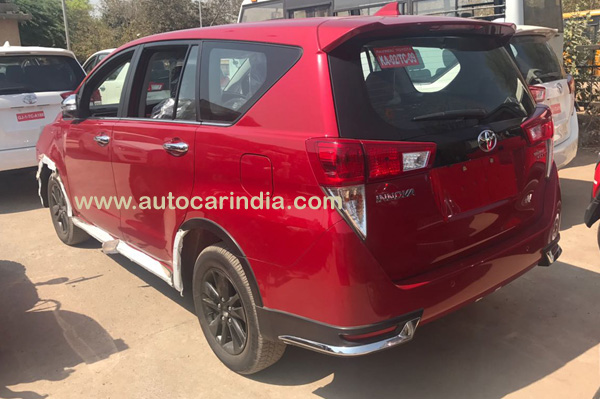 The carmaker also makes prominent use of chrome to highlight the several details of the car including the front grille, outside mirrors and side cladding. Featuring in an exclusive ‘Wine Red’ and ‘Super White’ shades, the new Touring Sport version rides on new 16-inch alloy wheels. However, the carmaker had discontinued the bigger 17-inch alloy wheels from the entire Innova Crysta range after receiving lots of customer complaints regarding the tyre damage.

The list of equipment inside the cabin will be similar to that of the range topping ZX trim, although the new Touring Sport will be available exclusively in a six-seater option only along with the cockpit seats wrapped in premium black leather. On the ground, the floor gets freshly designed mats as well. 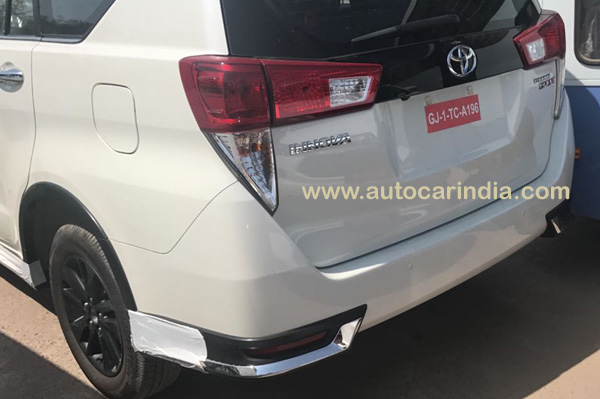 On the mechanical front, the Touring Sport version will continue to draw power from existing Crysta line up. However, we are not sure if this performance trim will be made available with the choice of powertrains or will only be offered in a single version.
The details of the petrol version include a 2.7-litre engine which develops a maximum power of 164 bhp and a peak torque of 245 Nm. While for the diesel version, it might get a 2.8-litre engine which churns out 172 bhp of maximum power along with the peak torque of 360 Nm.

Considering the transmission, we expect both automatic and manual gearbox options on the new model.

In terms of pricing details, no information has been revealed yet, but new Toyota Innova Crysta Touring Sport is likely to carry an added amount of approx INR 40,000 to INR 50,000 over the outgoing model.

Giving you a tour around this highest selling car in the MPV segment, Crysta is a second generation update to the Innova, named Crysta and was launched in May 2016. Crysta has continued to keep the sales graph on a higher notch despite its premium price tag over the regular model.