The famous Japanese car maker Toyota launched the Innova MPV in India way back in 2005 and since then it has been a top-selling car for the company and the country as well. Now, as the car has completed its 10 year journey in India, the company has launched the limited edition variant of it with a few cosmetic changes. Discussing the journey, Innova never got any major changes apart from getting an inter-cooler to comply with the Indian emission norms. But, the noticeable thing is that the car price never went down after all these years and now it's touching around INR 15-18 Lac ex-showroom in posh cities like Banglore and Pune.

Well, coming back to the limited edition Innova, it's available in Bronze and Silver Mica Metallic colors with chrome insert on headlamps and taillights, limited edition sticker, latest 6.1 inch touch screen infotainment system with remote, dual tone seats and matching color door trim as well. Although, this Innova is available in only GX trim, both 7&8 seat options and diesel engine available in BSIII & BSIV tunes to get the desired power output. 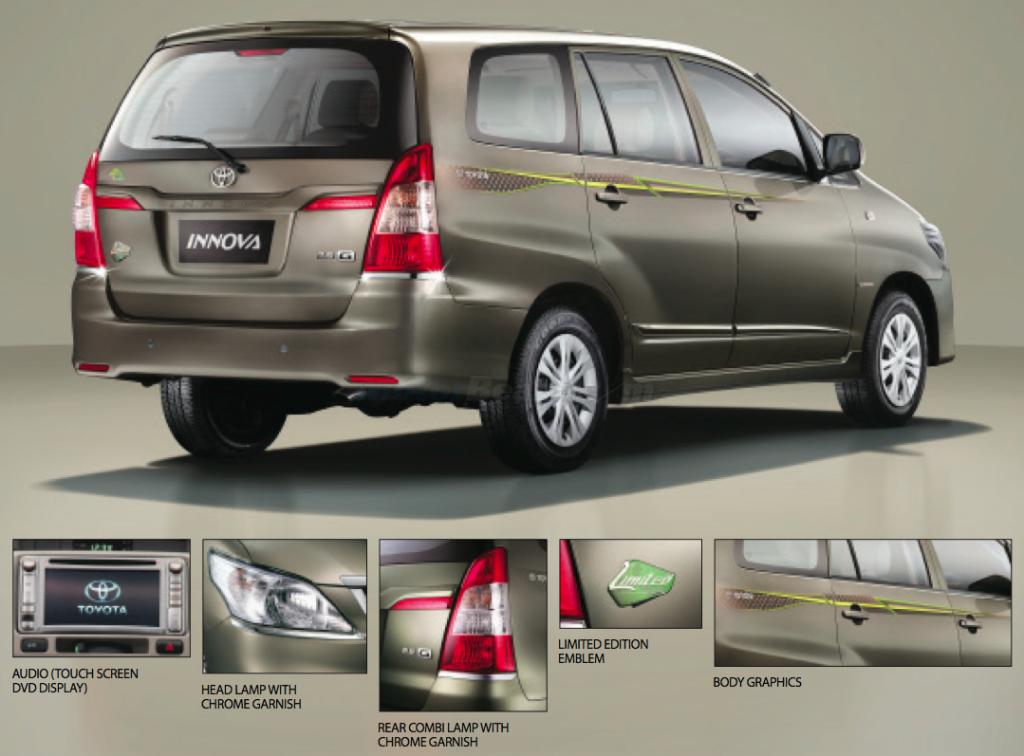 There also are plans of launching a new facelift version of Toyota Innova in late 2015 and the model has already been spied many times on the road while going out for testing. This facelift could also be the reason that the Toyota is clearing its stock with this limited Edition launch that is very similar to the current model except colors.