The all-new Triumph Bonneville Speedmaster that is being said based on the Bonneville Bobber has been launched in India. This perfect blend of classic styling and modern tech is priced at INR 11.11 lakh (ex-showroom). The model was firstly presented in front of Indian audience at the last year conducted India Bike Week.

A touring friendly iteration of the Bonneville Bobber gets swept-back handlebars, forward-set footpegs, besides a two-seat saddle is also the part of the brand’s first cruiser in India. Other major highlights of the motorcycle include full-LED headlights with DRLs and LED taillights, a conventional single pod instrument console that will convey the information like speed through an analogue unit. Whereas the digital display will showcase the odometer, fuel gauge, riding modes (Road or Rain). The electronic package of the Bobber based Triumph Speedmaster comprises switchable traction control, ride-by-wire and cruise control.

Furthermore, two custom kits are also on offer from the bike maker, which are Maverick and Highway. With the Maverick kit, the owner will be availed with the fitments such as flatter handlebars, a single seat and Vance & Hance exhaust pipes, finished in black. Altogether, the bits those were chrome finished in standard bike has also been blacked out. 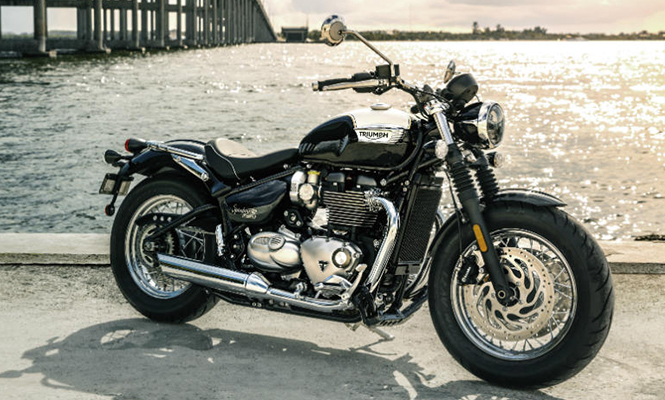 On the other side, the Highway kit has a largely adjustable windscreen, split seats with a backrest, a small luggage carrier to fortify its name. In addition to this, you can also get either side panniers.

Powering for the Bonneville Speedmaster comes from the similar 1200cc high torque, parallel-twin, liquid-cooled engine that is rated to churn out the maximum power of 77PS at 6100 rpm and 106 Nm torque at 4000 rpm.

Developed on a tubular steel cradle frame, the Speedmaster got suspended upon KYB 41mm telescopic front forks with the distance travel of 90mm and a KYB rear monoshock that offers the travel distance of 73.3mm. While for braking Brembo sourced 310mm dual disc setup is equipped at the front whereas a 255mm single disc at the rear. ABS is being offered as a standard fitment.

In the segment, it will go into competition with the likes of Indian Scout, BMW R nineT and Harley Davidson Forty-Eight.

Indian Scout is the first liquid-cooled engine motorcycle from the iconic American brand. It is based on a lightweight chassis and is loaded with a 1,130.70cc V-twin engine that rolls out 98.70bhp along with 97.70Nm. 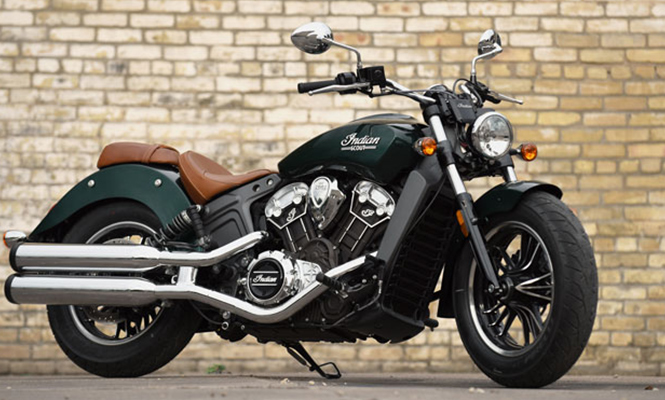 Priced at INR 14,46,307, the Indian Scout is available in four colours including red, silver and two shades of black. Whereas, the solo seat wrapped in high-quality leather, stylish fenders, blacked headlight with chrome trim are some of the major highlights of the Scout.

BMW R nineT is a roadster model from the German bike maker, BMW Motorrad. Hits down the dealerships via CBU route, the R nineT is priced at INR 17,30 lakh and is on sale in colour option of Blackstorm Metallic. 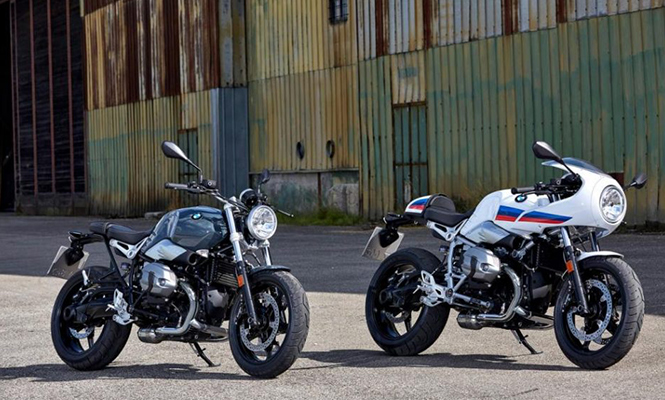 It is powered by air-cooled flat-twin 1170cc boxer engine that is capable of churning out the maximum power of 110bhp at 7550rpm and the peak torque of 119Nm at 6000rpm. All the churned power is transmitted to the rear wheel via a six-speed gearbox.

The Forty Eight is a classic design alternative introduced in 2010 via the Harley Davidson. Packed with the conventional peanut-shaped tank, spoked wheels and lots of chrome, the Forty Eight comes packed with a 1200cc engine which along with 8-litre fuel tank made a great practical combination. With a slight custom-looks, it is a retro Sportster that is made to perform nicely on the city roads. 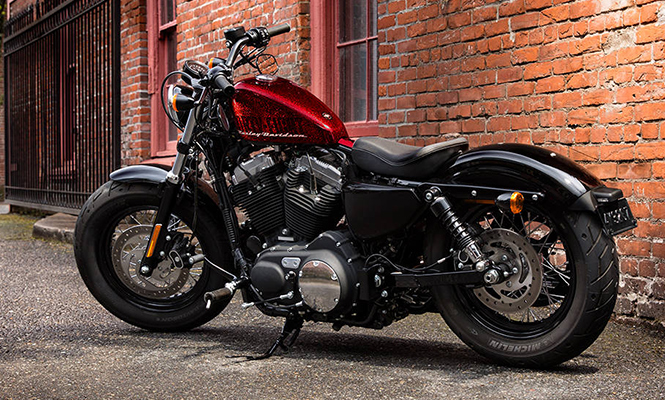 As confirmed that the Triumph Bonneville Speedmaster is going to face a tough competition against these mentioned models in the segment. Still, it will perform really hard and will definitely aid in generated volume as expected by the brand in Indian market.

Polaris Calls Off Indian Scout and Scout Bobber in the US
Views: 7869

Top 5 Facts You Should Know about Triumph Bonneville Speedmaster
Views: 1849