The British motorcycle manufacturer, Triumph Motorcycles has introduced the updated version of Tiger Explorer in India at a premium price tag of INR 18.75 lakh (ex-showroom, Pune).

The previous version of the same, which was introduced in India in 2014, was discontinued from its lineup a few months ago owing to the iteration was not BS-IV compliant. Earlier, this adventure tourer was only available in a single trim option, which is now being provided in two trims of XC and XR as same its sibling, the Tiger 800. 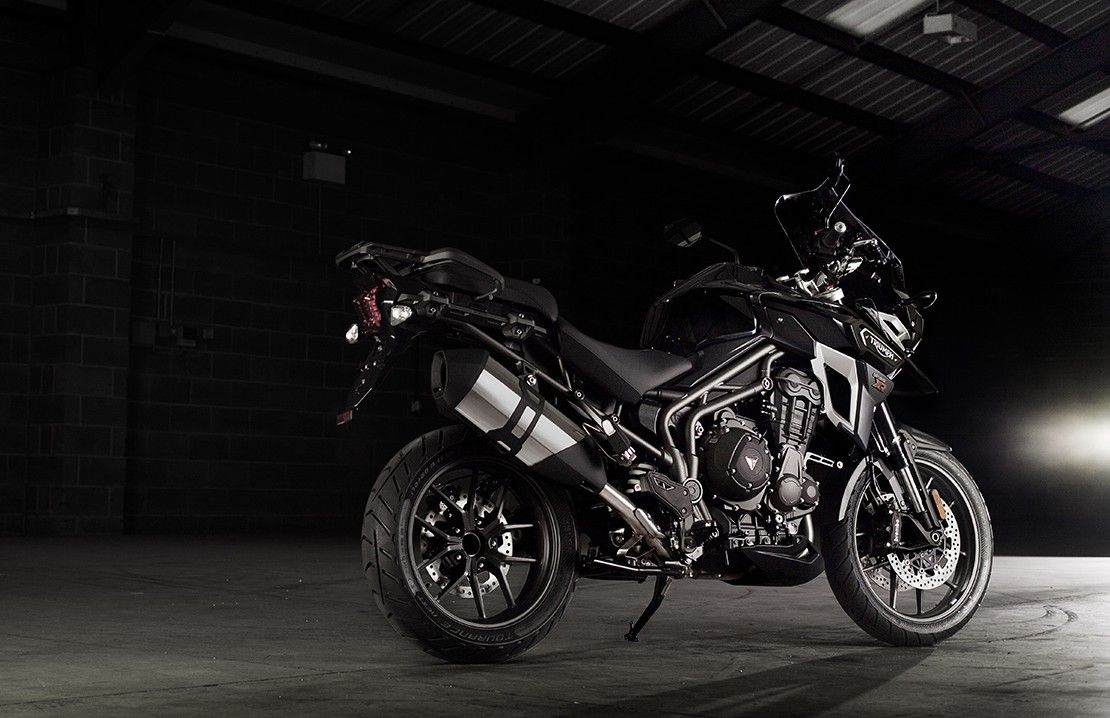 Cosmetically, wearing the similar silhouette of the previous model, the 2017 Tiger Explorer is much sharp and aggressive which clearly seems on its revised fuel tank extensions and front headlight cowl. Other than this, the motorcycle gets the fitment of new instrument cluster but lacking in colour TFT display. A lower 785mm seat height option as against to the standard 857 mm is also being provided by the bike maker.

Mechanically, the 2017 Tiger Explorer gets the propelling power from the 1215cc, inline three cylinder engine. The mill is said to retune to generate the maximum power of 137 bhp at 9,300 rpm and a peak torque of 123 Nm at 6,200 rpm. These new power and torque figures are improved units by up to 2 bhp and 2 Nm than the previous model. Power transmission to the rear wheel will be taken care by the shaft drive mounted on a single-sided swingarm. Other than this, the bike gets a torque-assist clutch and an all new exhaust system. 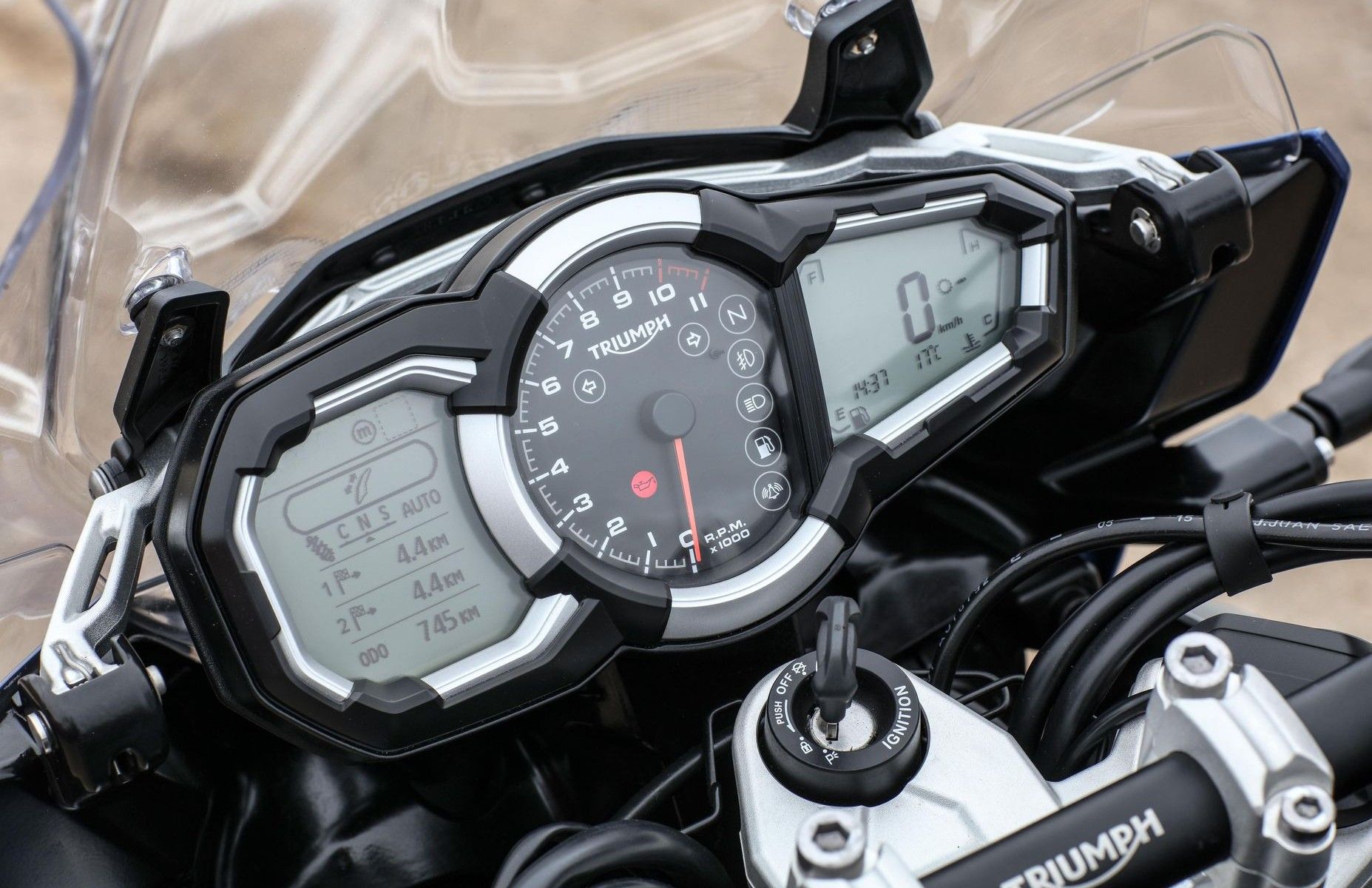 The suspension setup and braking fitments have been altered on this updated Tiger Explorer. It now features White Power(WP) sourced Semi-active Suspension System which comprises fully adjustable USD front forks with 190mm of wheel travel and a fully adjustable monoshock with 193mm of wheel travel. Whereas, 305mm dual disc integrated with 4-piston Brembo Monobloc calipers up front and a 282mm single disc with a 2-piston caliper at the rear will do the braking duties. The advanced safety of ABS is also given with ON/OFF switching facility.

At the electronic package, the company offers three selectable riding modes - Road, Rain and Off-road - along with a programmable Rider mode. The throttle maps, ABS and traction control comes with easy customization option. The all new inertial measurement unit (IMU) helps in calculating the bike's lean angle to supply optimum traction and braking power, with the support of cornering-optimised ABS and traction control systems. 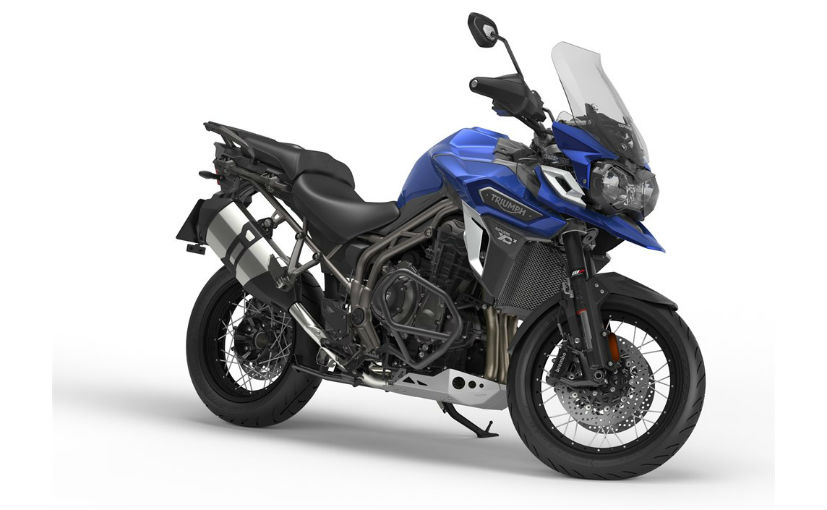 In terms of rivalry, the Tiger Explorer XCx will go in competition with the likes of Ducati Multistrada 1200S and the BMW R1200GS in India.

Get to Know About Newly Launched Triumph Scrambler 1200 XC
Views: 1586