After getting a kick start from the earlier launched modern classic range of Bonneville series within the first half of this year. Triumph Motorcycles is now ready to introduce the refreshed range of Tiger Explorer- adventure and performance tourer in India. Triumph India's nearer sources reported the introduction of 2016 Tiger Explorer to the motoring website- NDTV Auto during the coming festive season in October-November month this year.

New Triumph Tiger Explorer will be provided in two variants of XR and XC. from which, XR trim is an adventure off-road tourer and XC is fitted for highway touring as like the Tiger 800cc of the product lineup. These two trims are further classified into six new models where XR variant comprise XC, XCx, and XCa. Although, XR range include XR, XRx, and XRt. 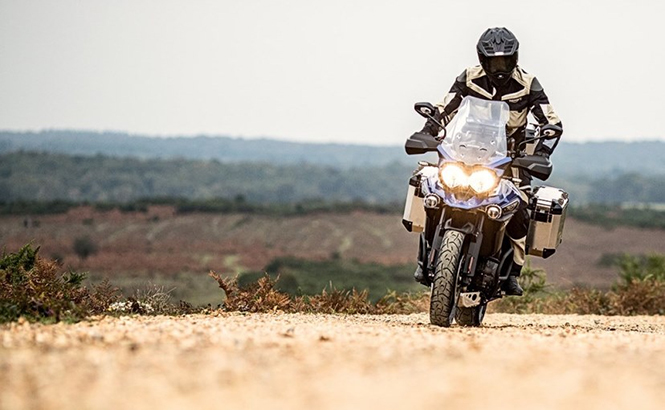 The complete 2016 Triumph Tiger Explorer range will be powered by the same 1215cc, in-line three-cylinder, 12 valve engine that belts out the power of 137 bhp at 9300 rpm and the torque is rated 123 Nm at 6200 rpm. The performance motor is coupled to a six-speed gearbox transmission to dispatch all the churn power to the rear wheel.

Furthermore, the Triumph Semi-Active Suspension (TSAS) feature assists the top variants for electrically adjusting the front and rear damping also to adapts the rear pre-load shock setting inclined on the road surface condition. The equipped WP suspension setup gives promising control and stability. while, Brembo calipers offers instant and precise braking. Other than this, the company gives the five riding modes, out of which four are Road, Off-Road, Rain, Sport and the fifth one gives the customization aid as per the rider’s preference.

The extent Tiger Explorer family holds the price tag starting from Rs. 18.75 lakh (ex-showroom, Delhi), so the updated range of adventure touring motorcycles will keep the hiked price for now.