TVS is introducing a new color for its Apache RTR 180. The new color edition will belong to Matte Black edition. This bike is one of the best naked bike in its own series. TVS introduced this bike by keeping the racing culture in mind.

The new Matte Black edition Apache RTR 180 has been commenced by the company. TVS showcased their first Matte Black edition bike in the month of January, 2014 at Indian Bike week. At this time, the bike is getting good response as the matte black color attracted lots of people. The company already sold out more than 25,000 units of this latest version in the last two months after launch. If we'll talk about the racing bikes, the biggest competitor of TVS is Bajaj as it has sold out close to 50,000 units of Pulsar in the month of March, 2014.

After the launch of TVS Star City+ earlier this month, Venu Srinivasan, TVS Group Chairman has officially announced that TVS is also planning to launch its new Apache at the approaching end this year. 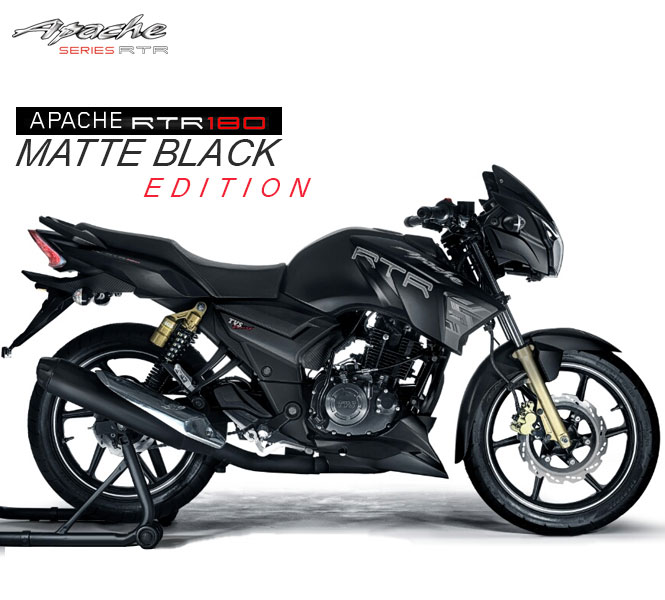