TVS Apache RTR 200 4V, is the most elevated street fighter trim rolled out earlier last year, from the TVS Motor Company under “Apache” moniker, so far. More aggressive rather than the last Apache 180 sibling, not only in terms of design but also in performance front, the Apache RTR 200 has lately been awarded the prestigious title of 2017 Indian Motorcycle of the year. The vehicle was launched in early 2016 in multifarious trims such as the Carb and Non-ABS, Carb and ABS, FI and non-ABS, FI, and ABS, but the Carb and Carb + Pirelli options are only accessible for the potential buyers.

The much-hyped and long-awaited Fuel Injection and ABS trims, which were already listed on the company’s official website, couldn’t make into the market, till now. A few days ago, we told you, the considered reason behind the delay of Apache 200 FI and ABS variants is the production constraints owing to complete the high demand of carburetor injected version of the motorcycle. As per the waving around information, the launch has been postponed to the April month of this year, that too is not officially confirmed. We audience, who are waiting for this upmarket vehicle in the segment have to wait some more.

On powering front, The FI version of the TVS Apache RTR 200 also gets the propelling power from the same, a 197.75cc, single cylinder oil cooled engine. But, it uses slight high exhaled power against carb injected one, 21 PS of maximum power at 8,500 rpm, while the torque figure is identical to the latter one, 18.1Nm at 7,000 rpm. To transform this generated power into movement mechanism, the engine is in association with a 5-speed gearbox transmission. 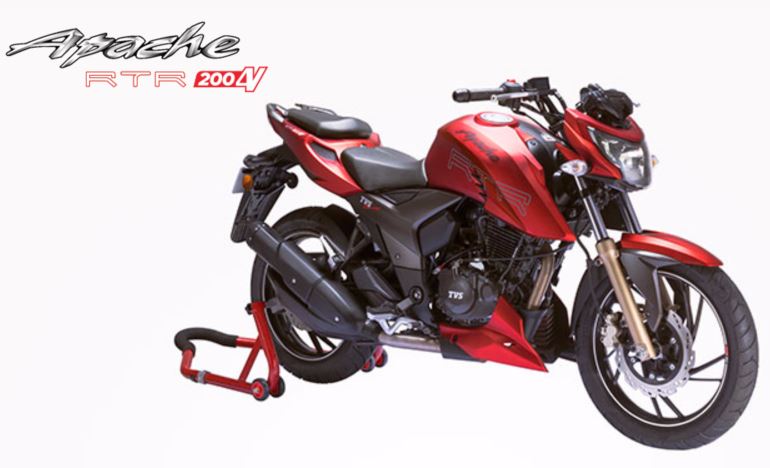 Other than this, the FI variant comes in two options of non-ABS and ABS, with Pirelli tires as optional. On standard fitments, it is full fledged with common features equipped in carb version of the motorcycle, include LED headlamps, digital instrument cluster, clip-on-handlebars, split seats, LED taillights, and disc brakes options as the standard for rider and passenger’s safety.

Back in 2016, when launched the TVS Apache 200 FI was priced at starting price of INR 1.15 lakh (ex-showroom, Delhi). But when it will officially be in the market will get a bump in price as the model is yet BS-III compliance and have to update for the BS-IV emission norms that will be affected from April 2017.