TVS Motor Company has launched its new motorcycle "TVS STAR CITY" on Tuesday with a 109.7 (approx. 110) cubic capacity (cc) engine. It comes up with new features which are first time introduced apart from assuring a mileage of 86 kilometers per liter (KMPL). The bike comes with an 'Ecothrust' engine.

The bike is now more powerful and has better pick up. It got a good start up upto 60 kilometers per hour (KMPH) in 7.6 seconds, announced by Vice President, Sales of company in a press conference.

Apart from previous features, the bike is added up with new features such as, a digital information display and a service indicator to indicate rider when the bike is due for service. "The two-wheeler industry is expected to grow by about 10 per cent this year, if the performance for the first months is any indicator. But at TVS, we expect to see a growth of about 25 per cent in the domestic market due to increase in volumes from new models," said J S Srinivasan, Vice President, Sales, TVS Motor Company. 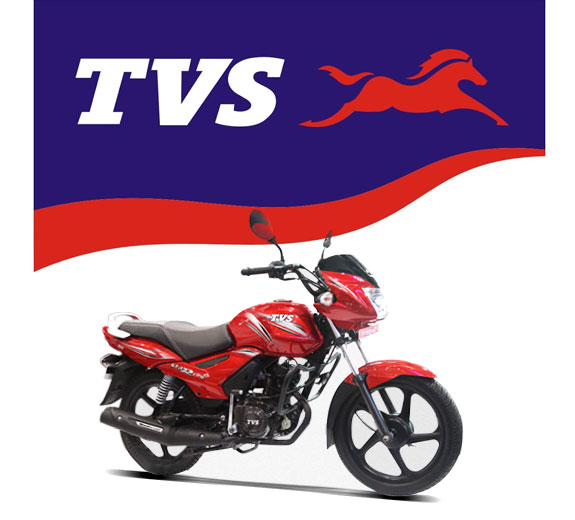 With the launch of new bike, that is, 110cc TVS STAR CITY PLUS, sales are expected to be about 45,000 units per month in the next upcoming few months. Also they are focusing on growth of their market share in commuter segment (8-9%) compared to last fiscal year (6%). The Motor Company is also expecting a growth of 25% in domestic sales and a 30% growth rate in export sales.

The newly launched bike (110cc STAR CITY PLUS plus kick start version) has Ex-showroom price of Rs 44,900 in AP.